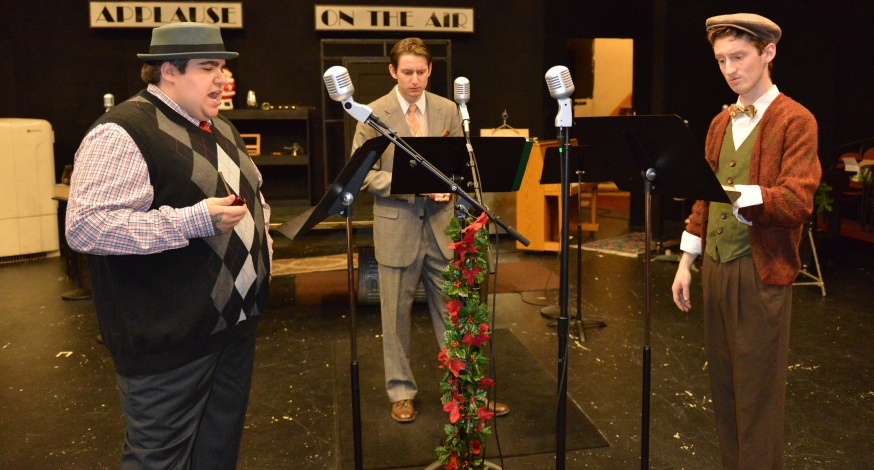 The Youngstown State University theater department has hired Lisa Ann Smith as an outside director for their latest production, “It’s A Wonderful Life: A Live Radio Play.”

Matthew Mazuroski, assistant professor of theater, worked alongside Smith in a production of “Out of This Furnace” with the Unseam’d Shakespeare Company, out of Pittsburgh. Mazuroski reached out to Smith, knowing she had experience with the sound creating technique, Foley.

Smith, originally from New York City, came to Pittsburgh to earn her master’s in fine arts in acting from Point Park University’s Conservatory of Performing Arts. After graduation, she stayed in the area.

Smith is a member of the Stage Directors and Choreographers Society, Actors’ Equity Association and the Screen Actors Guild. She appeared in the films “Love and Other Drugs,” “The Director” and “One for the Money.”

In 2006, Smith joined Bricolage Production Company, an immersive theater company in Pittsburgh. Her experience with Foley was honed while she performed on Bricolage’s “Midnight Radio,” a live radio theater production.

Foley technique in film, theater and radio is where all sound effects are created by hand, utilizing common objects rather than electronic devices. Jack Foley was a sound editor at Universal Studios during the golden age of radio and the emergence of silent films. Foley was used during performances and movie showings, creating sound in real-time.

Smith said the production is a radio show in a literal sense. So much so that she encourages audience members to close their eyes and listen to the sounds created by Foley.

“If you were listening to it on the radio, all of the sounds you would hear — the footsteps, the wind, the thunder, magic chimes — all of them are being made by the actor,” Smith said.

Actors will be creating sounds for the live radio production at three stations. Actors will switch microphones in these Foley tables, moving up and down stage. To further create the atmosphere of a radio station, the actors will be in the space 20 minutes before the production starts, settling down and hanging up their hats and coats.

“It’s very exciting for the student actors because this is an art,” Smith said. “And Foley is an art — it’s an art that is not taught. It wouldn’t have been exposed to if Youngstown hadn’t chose to do this production. It’s exciting to see — to expose these young actors to another skill that they can have on their resume when they leave school.”

Smith auditioned for “It’s A Wonderful Life” in late August. Production work began in the first week of November.

Tickets for “It’s A Wonderful Life” are available for purchase at the YSU Theater Department Box Office at 330-941-3105 or by visiting www.ysu.tix.com.