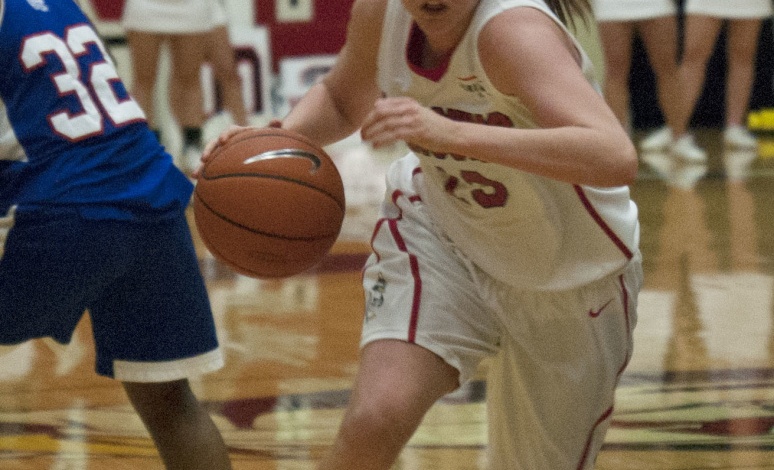 The Youngstown State University women’s basketball team has lived to fight another day in the Women’s Basketball Invitational.

The Penguins will travel to Lafayette, Louisiana, to play the WBI semifinal round against the #1 seed University of Louisiana at Lafayette.

YSU (has won the first two games of the WBI at home, but this will be their only away game of the tournament.

Louisiana (23-10) is the top seed remaining in the tournament. The Ragin Cajuns won the first two games of the tournament against Northwestern State University and Stetson University.

The Ragin Cajuns’ defense focuses on pressing opposing offenses and forcing turnovers. YSU guard Kelsea Newman said the team is focusing on ways to get the ball up the court despite the press.

“They press a lot. They turn teams over, so I know we’re gonna focus a lot on taking care of the ball today and press break … working on our press break,” Newman said.

“They’re not a big team, so we’re gonna try to get the ball inside,” Barnes said. “They do a great job of helping and doubling down low, so making good decisions was we throw it inside is going to be key.

YSU head coach John Barnes said the Penguins have an advantage in the post. During the second half of the season, YSU had trouble getting the ball to forwards Sarah Cash and Janae Jackson. Teams were focusing on taking the duo away offensively, but Barnes said Louisiana’s size could allow the Penguins to get into the paint.

“And again, shooting the basketball. I think they are the lowest team in their league terms of 3-point field goal percentage defense. We’re gonna need to step up and make shots just like every other game, and if we do that, it ultimately stretches out their defense, which allows Sarah and Janae more room to work inside.”

Barnes said Indiya Benjamin might not be available for the game. Benjamin suffered an ankle injury in the Penguins’ last game against the University of Maryland, Baltimore County.

“Indiya is … we’re still not sure where she’s gonna be. She’s been getting a lot of treatment and all that from our trainer — Jeff Wills been doing a great job with her. She’s just day-to-day right now,” Barnes said.

After Benjamin’s injury, YSU guard Jenna Hirsch came off the bench to play point guard, but Barnes said he doesn’t know who will replace Benjamin. Barnes said the starting five is “depending on who we’re playing.” The fifth starter will be named before the game, but not until the coaching staff determines who can fit the Penguins’ game plan.

If the Penguins win on Wednesday, YSU will play in the championship game at the Beeghly Center.

“We love home crowds,” Newman said. “It’s great to see everyone come out and support us. Just winning a championship and being able to cut down those nets is the ultimate goal.”