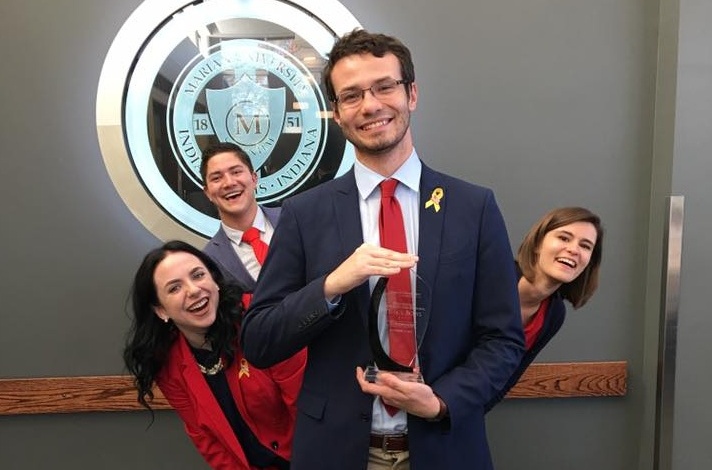 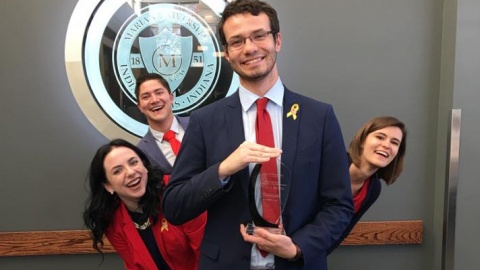 The Intercollegiate Ethics Bowl Nationals will be held on Feb. 26 next year. Schriner-Briggs said the team is preparing for the next competition by running practice rounds and doing research to expand their knowledge of ethical issues and solutions that can be implemented.

“It will be a rather intense process, but we were national runners-up last year and have our eyes on a national championship,” he said.

The competition consisted of three 45-minute rounds in which each team discussed their stance on ethical topics and provided solutions to ethical dilemmas proposed by the judges.

“[It teaches] our college-aged citizens how to have civil public discourse about sensitive issues,” he said. “It informs the participants about a vast array of ethical dilemmas that we face.”

Heldreth agreed, and said civil discourse is fundamental to a well-functioning democracy.

“It’s essential that our reasoning skills are cultivated in our education system on all levels,” she said.

Schriner-Briggs said it’s important for people to civilly discuss important issues, even when they disagree, especially during a time of political division. Jenkins said the competition enables them to have discussions that can lead to change.

“Being able to engage in discussion with other college students regarding the ethical quandaries that the cases presented was an opportunity to create a dialogue about important issues that society encounters and work through ways in which they can be bettered,” she said.

Although it’s a competition, the teams don’t have to disagree or argue opposing views. They have to effectively defend their position to the other team and judges. Heldreth said it’s more relaxed than debate competitions.

Miller-Gordon said the support their team received from the philosophy and religious studies department contributed to their success at these competitions.