Charles “ChipBanks” Colvin is a Youngstown State University student in his senior year, a local radio host and a nationwide DJ. 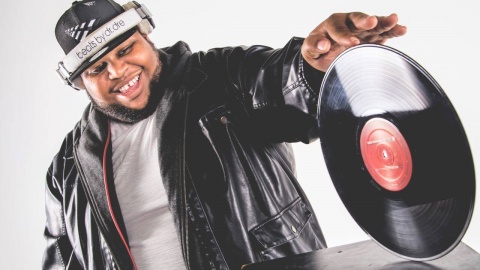 While he is an information technology major student here at YSU, he said music has always been his passion. It all started in sixth grade when he started playing the drums in band. Then in seventh grade he auditioned for the Warren Junior Military Band.

“The bad thing was I didn’t know how to read music, so I kind of faked it like I knew how to read it, but I had no clue,” Colvin said.

He passed the audition and played in the band for five summers, traveling all over the country.

Being in the Warren Junior Military Band introduced Colvin to classic music and playing drums, which grew his love for making music. 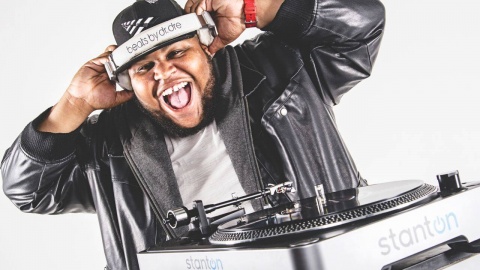 It wasn’t until his sophomore year in college that he began DJing, throwing concerts and doing party promotions.

“I never thought I would be a DJ,” Colvin said. “We had this huge party one night, and we booked this DJ from Cleveland. Well, he caught a flat tire, and he couldn’t make it, and they’re like ‘yo you gotta DJ,’ so I did.”

Colvin has DJed in places like Las Vegas and Mexico. He has also DJed for corporate events for places like McDonalds and even for the Pittsburgh Pirates.

Locally, he has worked weddings, parties and nightclubs. He has done events at the Covelli Centre, at The Deyor Performing Arts Center and on the YSU campus.

“For me to be able to open up the doors and do the things that I’ve done here in this small town is a big deal to me,” Colvin said.

On Oct. 9 and Oct. 23, he will take his talents to Pittsburgh once again to DJ for the Pittsburgh Steelers. Colvin said the Arias Agency, an American insurance company, is the reason he will be DJing for the team.

Colvin didn’t stop his music career at DJing. Sept. 24 will mark the one-year anniversary that Colvin has been a radio host for Star 94.7.

According to Colvin, getting to DJ on the radio is a pinnacle career point. Colvin’s show was rated as the number one highest rated show on air in this area during his first quarter, according to Nielsen, a worldwide ratings company.

Skip Bednarczyk, who is the owner of the local radio station, says Colvin is a very ambitious and passionate entrepreneur.

“One of the things I like best about working with him is that he knows what he wants and isn’t afraid to work for it,” Bednarczyk said.

Clarence Jennings, a friend of Colvin’s for the past 20 years, agrees that Colvin is a hard worker.

“Chip is driven by success, and he works hard at everything he does,” Jennings said.

Jennings, who is the executive director of Sunrise Assisted Living, met Colvin when they were in third grade and have been friends ever since. Jennings was around during the “basement music” days, where they would create a studio in his mother’s basement to be able to work on music.

“He has always had music around him, whether he was making beats, producing or DJing,” Jennings said. “Music is about 90 percent of his life, and it paid off for him.”

According to Jennings, Colvin is also very involved with the community and always willing and wanting to work with local artists.

Colvin’s radio show is on 94.7 FM on Saturday nights from 7 p.m. to midnight.