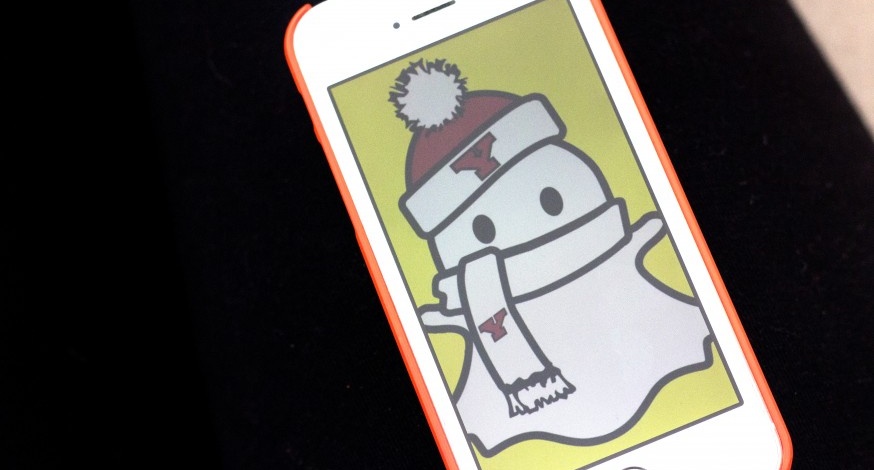 Youngstown State University has found a different method to reaching out to its students: Snapchat.

YSU has had its very own Snapchat account since the beginning of the school year.

Andrea Tharp is the assistant editor of new and social media in the Office of Marketing & Communications at YSU.

“Originally, Snapchat had sort of a bad rep, but I think it’s really evolved as a platform,” Tharp said.

Snapchat is a mobile, image-based messaging application. Users communicate via text messages or images that last up to 10 seconds. After the timer runs out, the picture is gone.

Tharp said she noticed more universities announcing that they joined Snapchat in spring of this year.

“That number really spoke to us,” Tharp said. “We just thought that was pretty impressive and that is one of our major audiences in communicating and connecting with. We really wanted to be there.”

The Snapchat account will be another way to keep students updated on events, deadlines and time specific announcements, like registration.

Jenna DeLaurentis, a double major in telecommunications and political science, is a social media intern at YSU. She is assisting in running the Snapchat account.

“It is the perfect way to connect with current and prospective YSU students,” DeLaurentis said. “It will give a raw perspective to what it is like to be a penguin at YSU. It is more informal and fun compared to platforms such as Facebook or Instagram.”

DeLaurentis said that the YSU Snapchat account is illustrating campus events and student life. DeLaurentis and Tharp also mentioned that there are plans to use Snapchat to host contests.

“We are looking into ways to get students engaged with our Snapchat,” DeLaurentis said.

YSU’s Snapchat account launched last week and each of its stories receive around 400 views.

“I’d like to film short clips of unique, diverse classes around campus to showcase everything YSU offers,” DeLaurentis said. “I also plan on snapping a lot more of Pete, as everyone I’ve talked to loves when Pete is running the Snapchat. So basically, if you see a girl taking a picture of a Pete the Penguin stuffed animal around campus, it’s not weird. It’s just for Snapchat.”

YSU can be added on Snapchat under the username “YoungstownState,” or open Snapchat and hold the camera over the Snapcode code printed here and tapping the screen.