By Morgan Petronelli and Rachel Gobep

The music was blasting during Teen Angst Night at Suzie’s Dogs & Drafts on April 20. People could be seen dancing and singing along to covers of popular pop punk music. Within the barrage of sweat, dancing and conversations something much darker was allegedly taking place. What followed was a series of events that would eventually lead to a traumatized student and the downfall of a respected music professor.

Jacquelyn Jupina, a senior general studies major, filed a complaint with the university alleging that over the course of three years Brian Kiser, tuba professor in the Dana School of Music at Youngstown State University, “created a sexually hostile environment for her at the university,” according to a report obtained by The Jambar.

This culminated on April 20 with “Kiser touching [Jupina] in a sexual manner and professing his love for her” at Teen Angst Night. 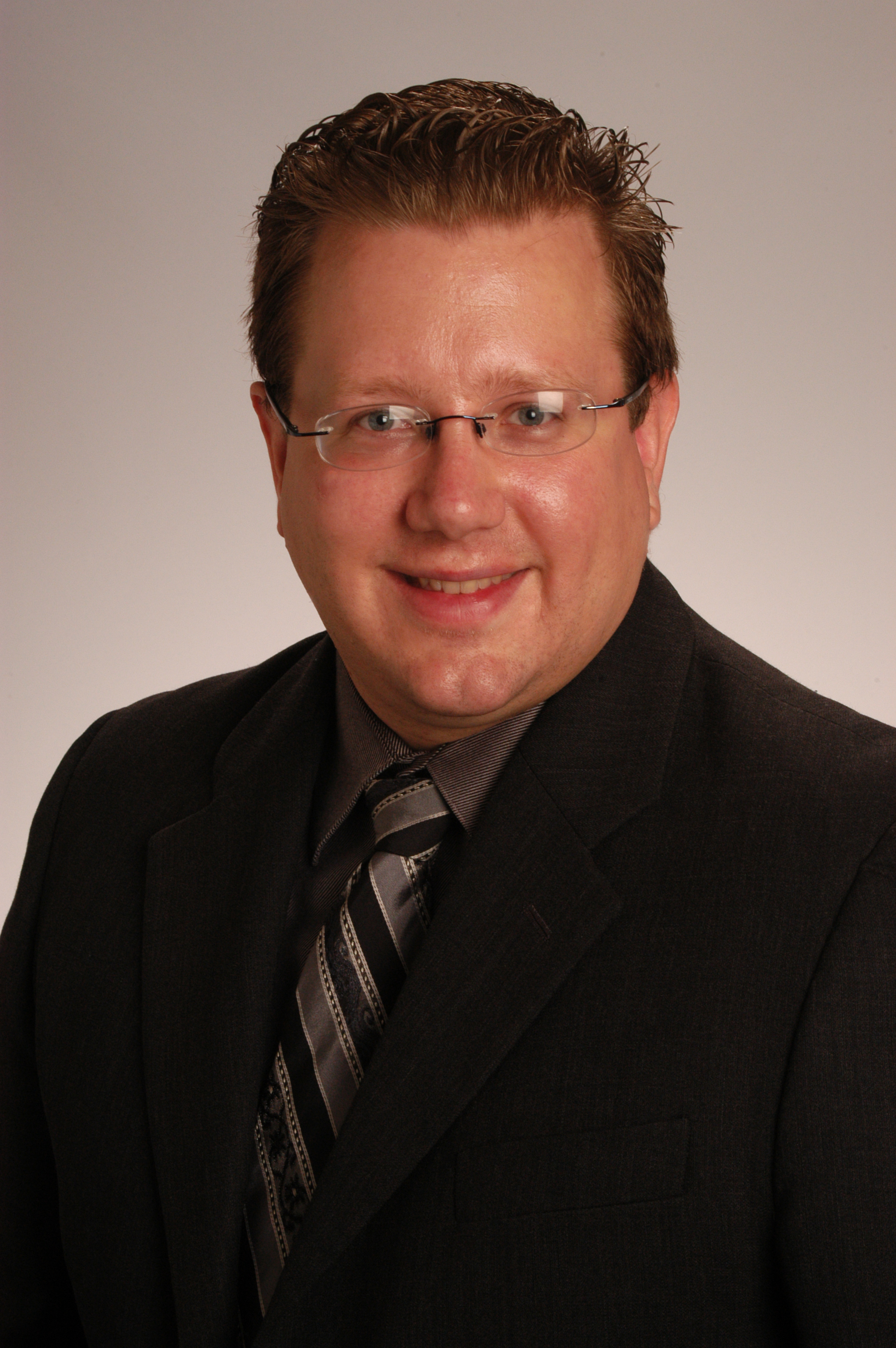 Kiser was placed on paid administrative leave July 25 after an investigation that was prompted by the alleged events that occurred at Suzie’s. The investigation was conducted by Cynthia Kravitz, former Title IX Coordinator and Director of the Office of Equal Opportunity and Policy Development.

The Jambar contacted Kiser regarding the allegations. Kiser said he has no comment.

In a letter regarding Kiser’s notice of paid administrative leave, Allan Boggs, interim chief human resources officer, wrote Kiser was to have no contact with the alleged victim, students, faculty and other university staff, university records show.

Boggs also indicated that Kiser was barred from returning to campus without permission, and was not permitted to hire any students for personal work such as babysitting, something he had done in the past.

Jupina said Kiser approached her when she was a freshman at YSU and asked her if she would babysit for him.

Student witnesses interviewed in the Title IX investigation perceived that Kiser sought out “attractive, young female students to babysit for him,” according to the report. Kiser responded to that perception by saying that he chose females because he has a daughter.

Jupina said in her interview for the investigation, Kiser would “drunk call” her and send her pictures of himself with waitresses at restaurants, saying “they have nothing on you.”

She said she didn’t know what to do when Kiser attempted to “play a boyfriend role” in her life. Because he was a professor and she was a music education major at the time, Jupina believed he controlled her future and she did not want to be disrespectful.

“I knew it wasn’t okay, but I didn’t think I could do anything about it because he didn’t touch me … He crossed the line the first time he called me and sent me drunk texts my freshman year, so it’s crazy that it happened for so long,” she said.

Investigation into the Allegations

Jupina described the interaction at Suzie’s as a “one-on-one encounter” with Kiser and said the following occurred: Kiser placed his arm under her jean jacket and on her hip, placed his hands on the side of her head, ran his hands through her hair and told her he was in love with her.

She said she was able to feel his penis on her thigh, and she pushed Kiser away, yelled at him and told him he was married.

In the report, Kiser described his interaction with Jupina at Suzie’s saying the bar was noisy, so he was forced to lean into Jupina to hear her. He also said he might have touched her upper back, but did not place his hands on her hip or head.

The report states Kiser said he did not run his hands through Jupina’s hair or tell her that he was in love with her.

According to Kiser, a woman hugged him at the bar and sent Jupina into a “jealous rage.” The report says Kiser said the interaction between him and Jupina began as “friendly.”

Kiser asserted in the report that Jupina was making comments about his home life and family, to which he said he was “stunned.” He said Jupina contacted him that night, but he did not reply.

Kiser then invited Jupina “over for coffee” the next day via text message and told her that “everything [she] said was completely spot on.”

Through the report, Kravitz found that the information gathered “does not support Kiser’s assertions.”

The report states that Jupina’s account of the interaction had remained consistent and was corroborated by her friend and roommate, who Jupina relayed information to and student witnesses who were at Suzie’s that night. The roommate also approached Kiser and told him not to talk to Jupina, according to the roommate and Kiser.

Additionally, the report found that Jupina’s version of the encounter is “more reasonable and logical.”

In the report, Kravitz wrote, “Staying and speaking with someone who was in or just had a ‘jealous rage,’ and was making shocking comments about your family does not seem reasonable or plausible.”

Kravitz concluded on July 25 that there was “sufficient evidence” to find that Kiser’s actions had violated YSU’s Discrimination/Harassment Policy.

The report also states that there was a “pattern of troubling and possible grooming behavior which preceded this event.”

“It is important to note that Kiser is well-known in the academic and music worlds, and someone who students believe, either correctly or incorrectly, has the ability to positively and negatively affect their time at the university and also their work and academic future,” Kravitz wrote in the report.

Through the report’s conclusion and recommendation, Kravitz found that based on the evidence provided “Kiser engaged in verbal, written and physical conduct of sexual nature that was unwelcomed by Jupina.”

Another student in the Dana School of Music spoke to The Jambar on the condition of anonymity. She explained her relationship began with Kiser during her senior year of high school by taking tuba lessons with him.

“I had really enjoyed working with [Kiser]. I thought he was really solid with his game plan and where I saw my career going in terms of being one of his students,” she said.

By the time she reached her freshman year at YSU in 2016, she said their student-teacher relationship began to alter.

Her sister bought a house near where Kiser lived, so their interactions began to increase. She said Kiser then asked her to babysit his two children for him while he and his wife attended and performed at various events.

She alleged their interactions while she was at her sister’s house went from simple hellos and goodbyes to Kiser beginning to stalk her.

“He knew my school schedule; he knew what scholarships I had. He knew where I was, where I wasn’t and how he wanted to manipulate that information for his own good,” she said.

The music student cited one specific event that she said particularly scarred her. She stated that during the 2017 Thanksgiving break, her mother took her car to visit her sister while she spent the holiday at her boyfriend’s house.

When she returned to school from break, Kiser allegedly confronted her about “spending too much time” at her sister’s home.

While there were few documented conversations between the two, she said when they would communicate, the conversation was “awkward.” This included Kiser sending her random messages including pictures of his children, things she needed to work on for tuba, congratulate her or give her unwarranted feedback.

It was apparent in both the report and interviews with both of the alleged victims, that he sought out female students to be his babysitters and vehemently engaged in activities that resulted in the victims feeling that he was stalking them.

Both Jupina and the other victim stated that Kiser had a rotating group of babysitters, and they created a group chat after the incident at Teen Angst Night as a way to comfort each other and discuss each individual’s interaction with the music professor.

“He was very self-righteous and money-driven,” the music student said. “Nothing was ever about what I could do so much in myself as a person, [rather] so much as how I can be successful and how to make money and how to make him look better.”

She said she had reached her breaking point during her junior year and after she explained her situation with her mother and by further convincing by Jupina, she decided to go to the Title IX Office at YSU.

“I had stayed away from [reporting the incident] for a long time in fear of retaliation because there are other students, who specifically in our studio, who had very negative experiences knowing that they went forward with their information,” she said.

The Jambar is waiting on a response from the Title IX Office regarding the progress of this report.

Katie Markielowski, a former YSU Dana School of Music applied music major, said during her time at YSU from 2010 to 2015 she noticed that Kiser was friendly to his students and would frequently attend music student parties that included beer pong and drinking.

“I didn’t ever feel comfortable with him alone and avoided [him] when possible,” she said.

The agreement between the administration and Kiser has not been finalized, but is expected to be within the next week.

A.J. Sumell, YSU Ohio Education Association Union president and economics professor, said although he cannot speak on the allegations of Kiser because the agreement has not been finalized, any type of sexual assault or misconduct allegations are taken seriously by the university and the union.

“All faculty members are given due process, which means that a process should be afforded regardless of the severity of the allegations,” he said.

He said sexual harassment or misconduct allegations have no place at YSU or anywhere in society.

“Nobody on campus would want to look the other way or take these types of allegations lightly,” Sumell said.

Kiser is currently in the midst of negotiations with the YSU-OEA union to decide if he will resign or be fired. According the YSU-OEA 2017-2020 faculty contract agreement section 12.9, if termination were to occur, the employee would be paid the remaining of the academic year.

The YSU-OEA union has sent Kiser an offer and the university is currently waiting for his party’s response.

Kiser has reportedly been hired by a university in Indiana, and his home is currently listed for sale.

One thought on “YSU Professor on Administrative Leave After Investigation, Alleged Victims Speak Out”