New opportunities are coming to Youngstown State University after a memorandum of understanding was signed with Western Galilee College in Israel. 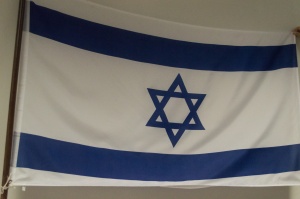 President Jim Tressel, along with a delegation from YSU and the Youngstown Business Incubator, took a trip to Israel in January. The trip was organized by the Youngstown Area Jewish Federation.

The relationship between YSU and Western Galilee College goes back for years, according to Nathan Myers, associate provost of international and global initiatives at YSU.

“YSU and Western Galilee have actually been partners for a long time, since the 1990s,” Myers said.

Myers said the Western Galilee region in Israel partners with Ohio on a regional basis.

During his trip to Israel earlier this year, Tressel said he met with the college and talked about programs with a focus on education and workforce.

Dov Dvir, president of Western Galilee College, came to Youngstown this summer where the agreement was signed. The agreement between the two schools is meant to accomplish study abroad programs, faculty connectivity and overall educational opportunities for both colleges.

The study abroad programs with Western Galilee College will kick off in 2018, for which Myers said activities are already planned.

“We’ll have a faculty-led study abroad study tour coming from criminal justice, led by Dr. Phil Dyer,” Myers said. “The other thing we’re looking at is in the Bitonte College of Health and Human Services. Dr. Nancy Wagner is trying to put together a faculty-led tour for nursing.”

Joncquil Hope, a graduate of YSU who studied abroad, said it was great experience for her.

“I learned that no matter where you go and how different it is, people are the same and the only difference is the culture and the language,” Hope said.

Before graduating in 2013, Hope took a faculty-led geology class in China for 18 days. She said she encourages students to study abroad because they may never have another opportunity.

Students are not the only ones who will benefit from an ongoing relationship between the two colleges, Tressel said. He said the faculty of YSU and Western Galilee College are now in a position to gain as well.

Myers said one of the interesting things about Western Galilee’s campus is its diversity.

“Israel is a very complicated region in terms of politics, ethnicity and religion. Western Galilee’s campus is actually majority minority,” Myers said. “They have Jewish ethnicity, Arabic, Lebanese [and] Israelis all going to school together, all living in proximity of each other and attending classes together. This is a very special situation.”

Tressel said Western Galilee College is not the only school YSU is working with. In May, there will be a conference in Israel with Technion – Israel Institute of Technology.

“We think with Western Galilee and Technion we have a natural opportunity to learn from one another and make the world a little bit smaller,” Tressel said.