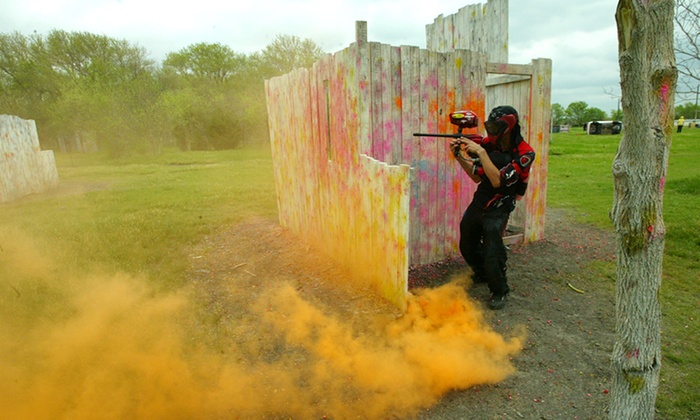 Over the last decade, paintball has grown in popularity as a sport among people of all ages. It wasn’t until last fall, however, that it was brought to Youngstown State University.

Paintball Club asks that those who seek to become members pay a small $10 fee to help cover equipment and a $40 fee for each semester that they participate in.

“We have about 25 members,” said Joseph Caudle, president of Paintball Club. “We don’t have events at the moment due to the cold weather, but once spring comes we’ll get a more recreational practice schedule.” 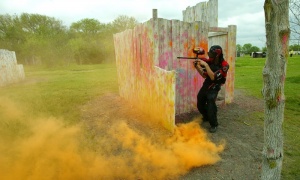 Caudle is currently a sophomore, majoring in civil engineering. He has also been a member of the Army National Guard for the last two and a half years.

“We usually go to the Drop Zone in Warren,” said Caudle. “It’s local places like that where tournaments are held at the collegiate level. Our goal is to eventually make it free, but for now, we want to make it as cheap as possible to join.”

During the fall semester, the paintball club held a shootout to raise money for their organization, which turned out to be pretty successful.

“We had so many participants that we ended up running out of targets and had to close down early,” said Justin Wisenall, vice president of the club.

According to Wisenall, two events were held. One was to shoot six rounds of a paintball gun at balloons for $3, and the other was to experience firing a fully automatic marker for a predetermined cost.

“At the end of the day, the winner was notified, and they were awarded half of the proceeds,” said Wisenall. “The winner, I believe, received $100 and only spent $3.”

Paintball Club holds sign ups in the fall semester only. The fees are used to help supply everyone with extra paintballs and cover admission for a whole day of play.

“The paintball matches were fun, but the open communication between members has been a highlight so far for me,” said Wisenall. “Another is the open comradery and how everyone pushes to improve the organization.”

No tryouts are required for their main events, but the club’s future goal is to hold interclub tryouts for a possible collegiate speedball team so that they can participate in tournaments.

“It’s a much more affordable way to play,” said Amanda Scott, club treasurer. “The more people that join, the cheaper it gets. If you enjoy playing paintball, it’s a much easier way to get out there and have fun.”

Paintball Club is open to anyone at YSU, student or faculty.

“Please don’t be intimidated,” Wisenall said. “It’s loads of fun and helps relieve stress from being a student. Anyone can play; we have experienced members from different backgrounds that will gladly help anyone with any questions or concerns. Sign-ups are year-round.”

To learn more about YSU’s Paintball Club and how you can join, visit their Facebook page or contact Caudle.