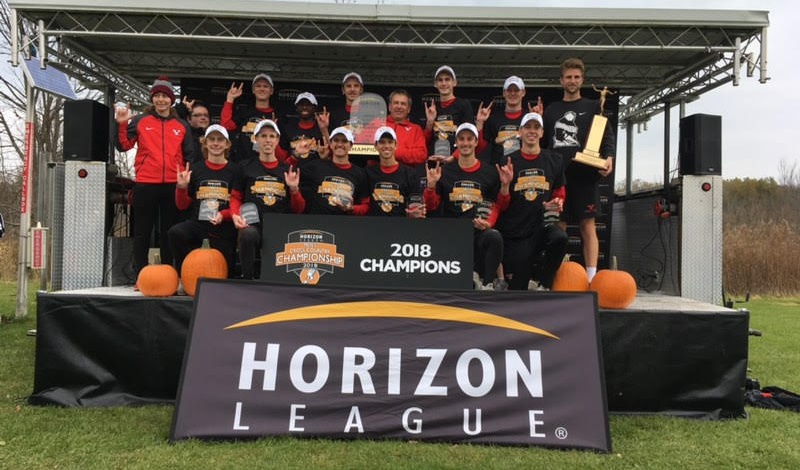 “With this group of guys, I feel such a sense of accomplishment,” Penguins Head Coach Brian Gorby said. “As the guys kind of said, ‘euphoria’ pretty much. So, basically this was a two-year process.”

“Two years ago, when a lot of the guys were juniors at the time, [they] redshirted for a year. [They] gave up starting to work and graduating to all come back and do this,” he continued. “To set that journey up is one thing, but to go through and actually do it was so fun.”

“[Sullivan] lost his shoe a few weeks ago at the pre-national meet,” Gorby said. “He was running with guys from Oregon and Arkansas, he ran the race of a lifetime. He ran the last five miles with no shoe. We knew he was going to make a great run at that record and he did.”

“We’ve been blessed,” Gorby said. “I can’t take all the credit. I want to give a lot of credit to coach [Eric] Rupe. He’s got a pretty good pulse on things, and him and I work hand-in-hand. He ran with us and was a part of many championships.

“Coach Rupe is out there running with the guys daily in practice. Between the two of us, we put the blueprint together. We’ve been through a lot together,” he added. “We’ve won 37 [Horizon League] championships on our end, so naturally he’s been in them, won five or six on his own, so it was nice for us to work together.”

Gorby credits leadership for a lot of the team’s success.

“The leadership group we have is just phenomenal,” Gorby said. “Those four seniors, the combination of what those guys did over the last three or four years was fantastic.”

There were high marks set on the women’s side as well, as Nicole Squatrito’s 16th place finish with a time of 22:16.3, ranks as the third-fastest time in the 6K in YSU history. The young women’s team placed fifth.

“They’re going in the right direction,” Gorby said. “We graduated a lot of seniors in 2013 and 2014. I had all freshmen last year so my goal was to try and get them in the top four or top five this year, and top five is about where we were on paper so we did what we needed to do.”

The Horizon League champion Penguins will compete at the NCAA Great Lakes Regional in Terre Haute, Ind. on Nov. 9.

“We’re ranked 10th in the region, which is the highest ranking we’ve had, I think the highest we’ve been before is 12th,” Gorby said. “We’re ahead of Ohio State right now, we’re ahead of about half the MAC right now. We want to be in that top ten. If we get top five, we’ll go out to nationals. Not sure if we’re quite to that level, that would put us top 35 in the country, but our goal is to be top nine, which would be the highest in program history.”