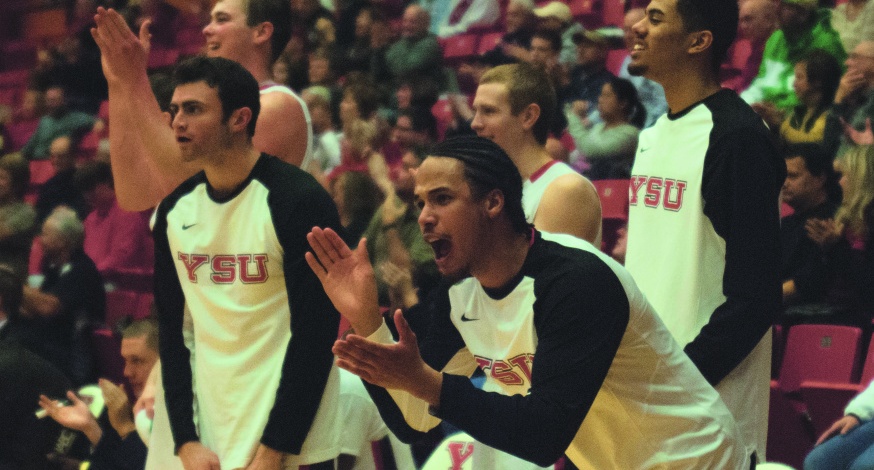 The Youngstown State University men’s basketball team has experienced a number of highs and lows this season. For the Penguins, every exciting win is followed by a disappointing loss.

“It was huge for us — a huge confidence builder because we came out and we just really didn’t play with a lot of energy and a lot of effort,” Santiago said. “I think not hitting shots early really caused us to not play as hard as we usually should on Thursday. We knew Green Bay was 3-0 in the league, and this was another big test for us, just like the Oakland game.

After the Penguins’ 103-93 win over Green Bay, YSU head coach Jerry Slocum is concerned the team might have another deflating performance against Northern Kentucky University on Thursday.

“These [upcoming games] are huge. We got to take it one game at a time and worry about Northern Kentucky, but these are two big games to put us about .500 in the league and gives us some confidence going into the Valparaiso game on Monday,” Santiago said. “But we got to make sure we take care of business and don’t look anyone — make sure we take care of Northern Kentucky and worry about Wright State after.”

YSU beat Northern Kentucky 78-74 in the only matchup between the two programs on Dec. 31, 2014. Last season’s game was a nonconference matchup, but this is Northern Kentucky’s first season in the Horizon League.

Slocum said the team will need to work on its defense. The Penguins have been playing better since entering Horizon League play, but their defense has allowed 98 points or more in three of the team’s first four conference games.

“We had to get 100 to beat Oakland, obviously we had to get 94 to beat Green Bay — we scored 103,” Slocum said. “We’re not going to go on the road and post 100 points every night. We got to tighten things up. Now I will say this: our zone was really, really good against Green Bay. I’m not sure what they shot from the 3-[point] line, but I think we did a really good job guarding the 3-[point] line. I thought we did a really good job with steals that led out to baskets.”

Slocum said the team’s youth is part of the defense’s problem. He said young players tend to focus on their offense before they get to college and their defensive skills usually need to develop.