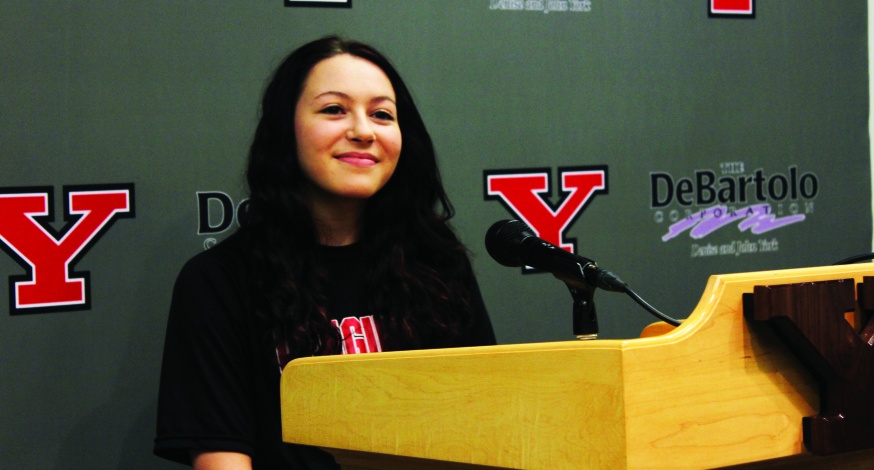 With the start of the season right around the corner, the Youngstown State University softball team is ready to get into the swing of spring. The Penguins will open this weekend at the Charlotte First Pitch Classic in Charlotte, North Carolina. YSU has 10 returning Penguins that come with experience and chemistry from playing with each other from the previous season.

“We’re excited this year’s team has come together really well and bonded great. The returning players we have coming back are our whole offense and defense, returning back with experience pitcher Caitlyn Minney. We’re excited to get started and head down south,” head coach Brian Campbell said. “When we come back, we’re going to rely on our offense and defense, which was fairly good last [season] — those are two areas that we did good in.”

Miranda Castiglione, a two-time First-Team All-Horizon League senior, was asked what is going to be a standout strength of this year’s team moving forward into this season.

“We have a very good defensive team coming up from last year, and offensively, I think, we’ve built a lot through the fall and the pre-season. I think we’re going to be equally strong on both ends. It’s going to be about how we show up,” Castiglione said. “Building as a cohesive group last year, there were a lot of girls that were new to each other with the freshman coming in. Now that we have the one season under our belt and were able to play with each other again for a second season, we know what to expect from each other and playing as a team comes easier.”

Sophomore Cali Mikovich was named All-Freshman to Horizon League last year and spoke about some of her experiences while growing with the team as a first time collegiate athlete.

“Last year, it was a new experience and being with this group of girls has really opened my eyes to how close-knitted a team can get and how important is to have that,” Mikovich said. “As a freshman coming [in], it’s a whole new ballgame, and it was exciting to have a team there that was confident in everyone’s abilities going into this year. We’re even more confident.”

Last year, Castiglione broke the single-season school record with 29 stolen bases. She has a total of 44 career stolen bases and only needs three more to break the schools record.

YSU will have their first game of the season against the University of Toledo this Saturday.