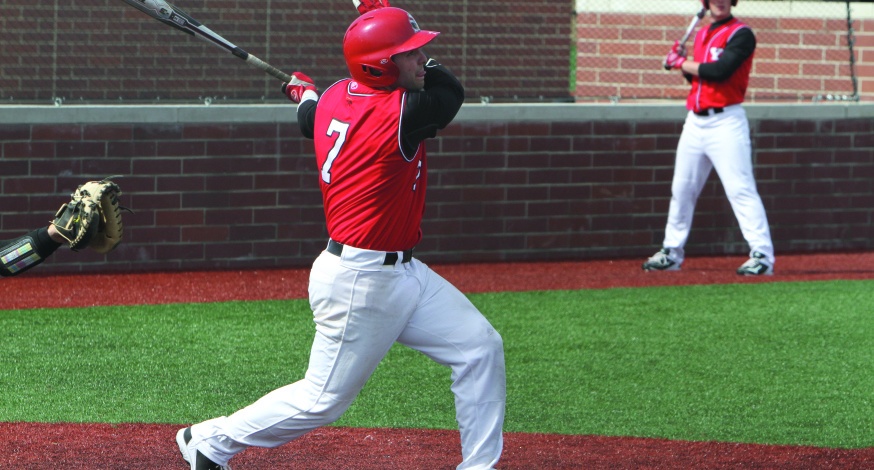 The Youngstown State University baseball team opened its season on Friday at Western Kentucky University. The Penguins were picked to finish fifth in the Horizon League this season, but YSU didn’t get off to a strong start offensively.

“We need to avoid some of the mistakes that overshadowed the many, many positives that we had.  There were very few of those mistakes, but when they showed up it was at very inopportune times and they really changed they dynamics of the game,” YSU head coach Steve Gillispie said. “The biggest area where we can and will improve is in the offensive consistency from top to bottom in the lineup.  We had opportunities to put more runs on the board and we left them out there instead, and couldn’t we could expand a lead and take pressure of the pitching staff.”

YSU rebounded in the second game of the series. The Penguins won the first game of a doubleheader on Saturday after winning 8-7 in extra innings. Western Kentucky had a 5-3 lead in the seventh inning, but YSU outfielder Nico Padovan drove in two runs that tied the game at 5-5 in the top of the seventh. Kendrick drove in Padovan with a single to right field to give the Penguins a 6-5 lead later that inning.

Western Kentucky (2-1) tied the game at 7-7 in the bottom of the eighth inning after pinch hitter Harrison Scanlon singled to centerfield, scoring third baseman Danny Hudzina.

But YSU designated hitter Gerrad Rohan drove in the game-winning run in the top of the 10th inning. Gerrad Rohan singled to right field and drove in Salem from second base, giving the Penguins their first win of the season.

“That was a game where we couldn’t expand a lead when we had a chance to do that and a couple of misplays allowed them to stay close,” Gillispie said. “We lost a lead on two occasions but overcame a deficit two times as well, so I would say that we played pretty well, competed very well and showed great resiliency and didn’t quit at any point.”

The Penguins were unable to keep the offense going in the second game of Saturday’s doubleheader. YSU lost the rubber match 11-1 on Saturday night.

The Hilltoppers took a 3-0 lead in the bottom of the third inning and never looked back. Western Kentucky added several more runs to take a 7-0 lead until the Penguins were able to get their only run on the board. Salem grounded out to first base, driving in Anthony Rohan on the fielder’s choice.

YSU pitcher Collin Floyd pitched 3.1 innings and allowed five runs on six hits. The bullpen threw the last 4.2 innings. Reliever Will Jamieson was the only reliever to allow a run in the third game. He threw one inning and allowed two runs in the sixth inning.

Salem and Gerrad Rohan combined to hit .385 with five RBIs in the Western Kentucky series.

“I was mostly pleased with our play opening weekend.  Defensively we stayed fairly clean, offensively we struggled for consistency in the quality of our at-bats but several guys had very good weekends, and from a pitching standpoint we were probably better than the numbers might indicate.  Many of our new faces were very productive and all-in-all it was very encouraging.”

The Penguins’ next series will be against Fresno State University on Feb. 26. The Bulldogs are 3-0 this season with three wins over Creighton University.

“This weekend will be a great challenge for us.  Fresno is a quality program with a great history and a National Championship under their belt,” Gillispie said. ” I’m most excited to see the improvement we can make from week one to week two.  History shows that it can be a time frame where big jumps are made.  Win or lose, I hope that our kids are able to see how we match up from a talent standpoint, and that they really relish the opportunity to compete on a national stage.”