The festival is widely considered one of the largest festivals in the world. According to CNN, attendance for last year’s music festival was an estimated 167,800.

Colvin expressed his appreciation for his opportunity as well as what landed him there.

Q: How did you become a part of the lineup for the SXSW festival?

A: Last year I played the unofficial event at SXSW and I got the chance to network with a lot of people. The people I met took a liking to my style of performing and I got invited backQ: What effect, if any, do you think playing at the festival will have on your career?

A: It’s going to affect it pretty good. This festival combines different parts of the entertainment business so executives, record label owners, artists from all across the globe and the people there are picking who is going to be the next big thing for years to come.

Q: When did you start DJing and what led you to it?

A: Probably around 2010. I started making music when I was in the drum corps in high school and then I began to compose music which gained me a little popularity. Then I started hosting events, and one day a DJ for one of the shows had car trouble and couldn’t make it. Everyone looked at me to DJ the show because I had a little experience, so I made a playlist and I really liked the energy of the people so I just kept practicing.

Q: Did you expect to gain such popularity in a rather short amount of time? 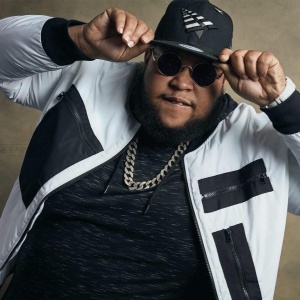 A: Honestly, no. When I started it was just a cool thing I did for fun. Back then I didn’t think I’d be doing the things that I’m doing now. As my love grew for the craft, I knew I could reach new heights that I never expected to reach.

Q: Was DJing something you were naturally good at?

A: Sort of because it went hand in hand with composing music and being a drummer, I already understood how beats per minute worked.

Q: What do you think makes a good DJ or how do you stand out?

A: It’s the energy that you bring and how you demand the crowd. If you’re a good DJ, you know how to blend and bring different music that people may not think go together and make worlds collide. For the shows, I’m using a Frank Sinatra song and blending it with hip hop.

Q: Is DJing popular in Youngstown?

A: The festival style of performing, I would say no, but I’ve been trying to help a new generation of DJs from Youngstown explode and with my success, I feel like I’ve inspired the new generation.

Q: What would you be doing if you weren’t making music?

A: Either promoting/event planning or I would do something with my degree in information technology.