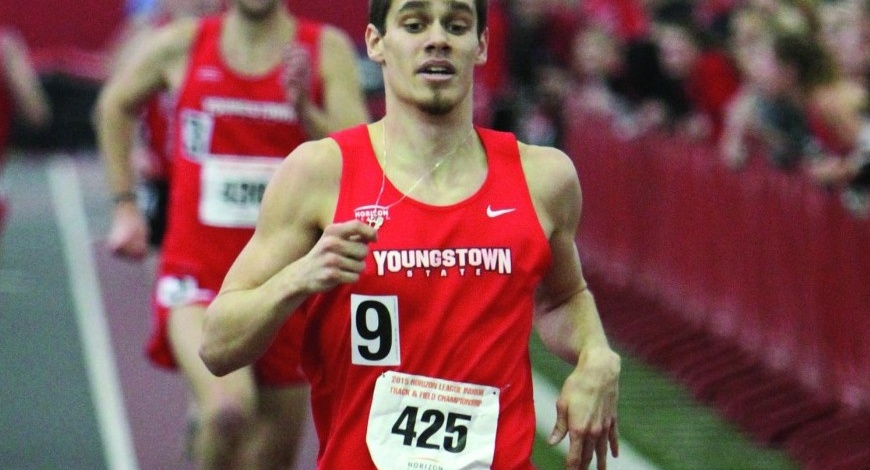 The Youngstown State University cross-country team has been known over the years as a team that starts slow before hitting its stride toward the end of the year as one of the perennial powers in the Horizon League. This year however the Penguins are off to one their best starts in school history.

Through two meets, the Duquesne Dual and the Tommy Evans Classic, the women’s team is undefeated, including wins against Mid-American Conference opponents Kent State University and the University of Akron. The men’s team also had a strong showing defeating Duquesne 45-18 and defeating Akron, the top team in the MAC at the time, in the Tommy Evans Classic en route to a second place finish at the meet.

“This is probably the best we’ve ever been this early in the season. We usually go with more of a base type approach and then pretty much get faster as the season goes on,” head coach Brian Gorby said. “Basically, those two meets were preseason meets, we kind of treat them like that, but we’ve probably run faster than ever in the 20-25 year history that we’ve ever run.”

Senior Austin McLean and junior Melissa Klim have led the way for the Penguins, finishing in the top 10 of each event. McLean finished sixth in the Duquesne Dual, but was able to pull off a first place finish in the Tommy Evans Classic.

Both McLean and Gorby said that the new aggressive running style the team has taken on could be a major reason for the team’s early success. Instead of pacing themselves and trying to make a final push at the end, the team starts out fast and tries to stay with the leaders throughout the race.

“That’s about the first time we ever came out fast like that. We needed to do something different. We’ve been going out too slow in races like that,” McLean said. “It definitely showed because we did so well at Akron. We got second, and I don’t think we’ve ever beaten a team there to be honest.”

The Penguins could be participating in their most difficult meet to date, the All-Ohio Championships, which the team has not competed in since the 2009 season. The All-Ohio gives the Penguins a chance to compete against some of the top talent in the state of Ohio, something Klim feels confident in after the women’s team’s recent success against Ohio schools Akron, Kent State and the University of Malone at the Tommy Evans Classic.

“When you beat some [teams], you’re like ‘well they’re not competition — we’ll just beat them again,’” Klim said.

“This gives us a great chance to put ourselves up against some of the better teams in Ohio, as well as learn the course for conference,” McLean said. “It doesn’t have a lot of hills or anything, but [we] got to learn some turns and figure out how we’re going to race there. I’d like to just go out aggressive again like we did at Akron and see where we fall.