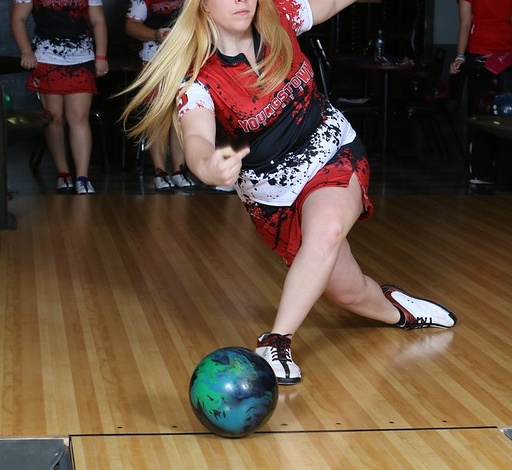 After the Youngstown State University bowling team’s inaugural season, YSU is working to prove its first year wasn’t just a fluke. With the start of the Kutztown University Invitational starting today, YSU is ready to make that happen.

In its first year as a Division I team, the Penguins finished 25 th in the National Tenpin Coaches Association Poll (NTCA).

“I think it can be tough to balance, but we do a really good job at it,” Gilliam said about having a target on its back. “We need to use that as fuel to continue to push us to improve every tournament and every game. We need to show these teams that last year wasn’t just a fluke but that we can continue to have success year after year.”

The fall 2017 started well with a third place finish at the Bud Whitman Memorial, but did not play well in YSU’s other two tournaments.

The Penguins finished 18th out of 23 teams at the Brunswick Bearcat Open and then finished 16th out of 21 teams, which is not the ideal way to start the year.

“Now that people are looking at us, we look to be even better than we were last year,” sophomore Nikki Mendez said. “Now that we have a year of experience under our belts, we just hope to do better.”

With YSU’s first year behind it, the Penguins are looking ahead to a busy spring schedule that will see other top-25 teams.

“Freshmen when they come in are usually pretty nervous. [It is] a young team and they don’t have a lot of time to get used to the experience. They get put in the pressure points and times right away,” Gilliam said.

Gilliam believes that the season gave the freshmen on the roster the needed experience to survive the grueling spring schedule ahead.

Just like the first year, YSU puts out another young team. With just one senior, Mackenzie Olesky, one junior, Rachel Ellis along with four sophomores and four freshmen, the Penguins will need to continue to get better.

The Penguins didn’t fare so hot against ranked teams, going 5-13 against other top-25 teams during the fall. “Any day, any team can be on and any team can be off. It doesn’t matter if you’re the number one team or number 50 team, anybody can win or lose on any day,” Gilliam said about playing top teams in the country. “It’s nice to see those teams in the fall to see where they are at compared to where we are.”

Gilliam said that having a bad fall may have stunk, but it was also a teaching tool for all the girls to figure out what the team needs to work on.

Mendez said it’s very important to have a good start in the spring. “

It gets everyone pumped up,” Mendez said. “We’ve been training really hard over break and since we’ve been back. It’s been really good so far. We are hoping to just get better.”

She said that as long as the team stays level-headed in this first tournament, the team will be happy.