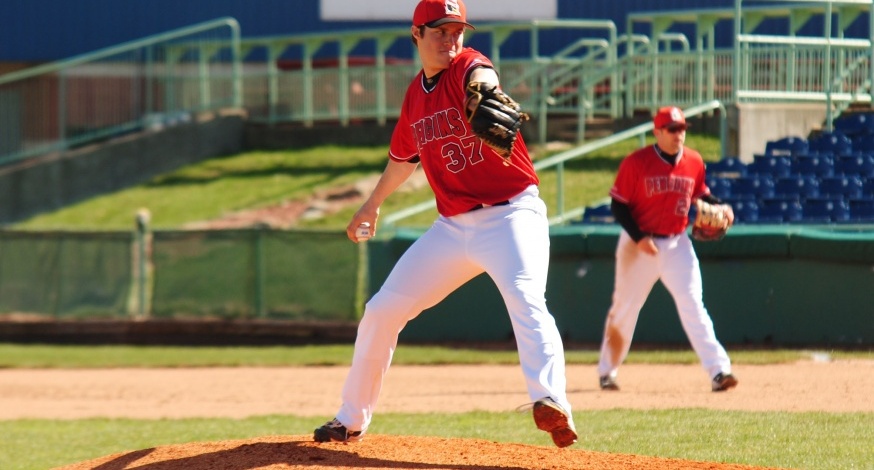 The Youngstown State University baseball came into last weekend’s home opening series against the University of Milwaukee riding a three-game win streak, but struggles offensively throughout the series resulted in the Penguins being swept by the Panthers.

In the opening game of the series, YSU jumped out to 2-0 lead over the Panthers in the first inning but struggled from there losing 10-3.

In the first game of Saturday’s doubleheader, YSU starting pitcher Jeremy Quinlan was on fire, allowing only one run in eight innings of work, but the Penguins’ offense failed to generate any support en rout to a 1-0 loss for the Penguins.

“They put it over the plate, and that was all they really needed to do,” head coach Steve Gillispie said. “We have not been very good all year at putting together quality at bats. We haven’t been able to give enough consistent pressure.”

Quinlan only allowed three hits and struck out eight of the 27 batters he faced. The loss moves Quinlan to 1-3 on the year.

“He was really locked in on what he wanted to do pitch by pitch. He’s a great example for our young guys. Hopefully they can learn something from how he goes about things,” Gillispie said. “It’s really criminal that he comes out of there with a loss.”

In the ninth inning, YSU first basemen Andrew Kendrick and right fielder Kyle Benyo each singled to give the Penguins runners on first and second with two outs, but left fielder Trey Bridis followed Benyo’s single with a ground out to third to end the game.

In the second game of the doubleheader, things got much worse for the Penguins. Freshman starting pitcher Collin Floyd struggled from the start allowing five runs in the first inning. Floyd was pulled after the first, but the Penguins continued to struggle in every facet of the game, losing 22-3.

“We’ve just got to have better performances out of guys we’re counting on,” Gillispie said.

The YSU defense struggled to help any of YSU’s pitchers, committing seven errors, including three in the first inning.

Even though the Penguins got blown out, Gillispie was happy with how his team responded to the poor performance.

“The kids stayed after it, and they stayed upbeat. They tried to stay in the game from beginning to end, and that’s the right way to go about it,” Gillispie said. “For the most part, a lot of guys have been getting an opportunity, and that’s a positive. A lot of freshmen have played, and they’re taking some freshmen lumps.”

The Penguins are back in action on Tuesday when they travel to State College, Pennsylvania, to take on the Penn State Nittany Lions before returning home for another Horizon League series with the University of Illinois at Chicago.