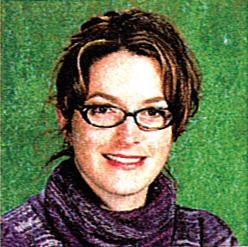 Police Chief Chuck Colucci told the Vindicator that authorities said she was shot multiple times entering her vehicle. Police suspect Robert McLaughlin of Painseville, who was charged with aggravated murder on Wednesday.

WYTV reported that witnesses believe McLaughlin was waiting for Sutera to leave for work that morning. Neighbors heard multiple gunshots. Sutera reportedly attempted to drive away, hitting other cars in the process.

McLaughlin pleaded guilty to menacing by stalking in December 2010 in Canfield and was sentenced to six months in jail.

McLaughlin is also involved in an open civil suit with the victim.

In an affidavit filed in that case, Sutera alleged that McLaughlin published websites accusing her of having an affair with one of her students, and being an alcoholic, promiscuous and infected with sexually transmitted diseases.

She also alleged that McLaughlin sent the contents of those websites to schools, public residences and business establishments in Mahoning, Trumbull and Columbiana counties.

The dispute, scheduled for a judgment hearing in March, will remain unresolved after Sutera’s death.

McLaughlin was charged with the aggravated murder of Sutera on Wednesday. An arrest warrant, filed with the Mahoning County Clerk of Courts, reported McLaughlin is ex-military, armed and dangerous. No arrests were made as of 6:30 p.m. Wednesday.

Her current and former co-workers at MCCTC and Columbiana High school mourn for her family.