In late 2014, the Youngstown Scoring Stage, professionals who produce orchestral recordings for films and other mediums, scored the soundtrack to a never-before -released Australian feature film, “Crushed.”

The Youngstown Scoring Stage, founded on April 20, 2013, is composed of 110 on-call orchestral players, along with a full-time staff of musical engineers, directors, concert masters, recordists and conductors. The Scoring Stage operates out of Stambaugh Auditorium in Youngstown.

Todd Maki, the director of the Scoring Stage, said that the group focuses on producing quality orchestral recordings for composers at a reasonable rate, while still remaining competitive.

“Our main wheelhouse is recording and producing the soundtrack for their music that [composers] write. We’ve had nine or 10 sessions so far. We are trying to be a competitive alternative for other composers that would not be able to afford $40,000,” Maki said. “The first goal is to get [music] to the orchestra. The second goal is to record the orchestra playing it, and then the third goal is to get all those tracks back over to the client.”

Maki said that Aaron Kenny, a multi-award winning composer from Australia, composed the soundtrack to “Crushed.” He then contacted the Youngstown Scoring Stage about recording.

The recording was composed in two recording sessions, where 35 to 40 minutes of music were recorded in three-hour blocks. Due to scheduling, the track, led by Kenny along with the Scoring Stage, was recorded in two days. Maki expressed his excitement about the scoring. 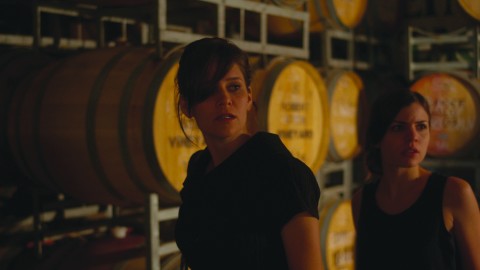 “It was probably the most exhilarating thing I’ve ever experienced. The people who were there — sometimes we’ll open [recording sessions] up to the public — they cast that energy to something being created for the first time on a massive scale,” Maki said. “It’s almost a shame because it’s like we hold a concert for no people. They’re beautiful and then we have to shut down. It’s always a bitter sweet moment.”

Kenny, who has also scored the soundtrack to the short film “Moth” and assisted on the soundtracks for films like “Happy Feet 2” and the recent ABC television show “Galavant,” said his experience in Youngstown with the Scoring Stage was a good one.

“It was really positive. Whenever you are working, sometimes there is always the sense of the unexpected, you never know what is going to happen, and I’ve never been to Ohio before. I was also a little nervous because it was my first feature-length project as opposed to just a short film, but when I got to Youngstown, it was completely relaxed and professional, and everything was ready to go and all set up,” Kenny said. “That’s what really makes it nice and relaxing, so that I can worry about the music itself and what we’re recording.”

“Crushed” is a mystery thriller set in a vineyard in Mudgee, Australia. After a young woman — portrayed by Sarah Bishop — receives news of her father’s death in her family’s winery, she returns home to find that the death was no accident and her mother is the prime suspect.

Kenny explained how the soundtrack fit with the theme surrounding the thriller. 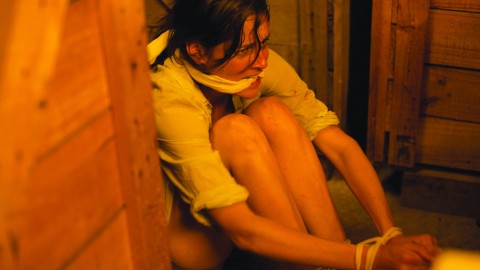 “The score is the emotional heart of the film. It’s there to help support and resonate what’s actually on the screen, and also to get into the subtext of the scene and what’s going on with everything,” Kenny said. “With ‘Crushed,’ it was getting to the heart of the loss of a close family member, but also this tension that arises from conflicts within the family, external conflicts like the different suspects of the murder and internal conflicts of the main character.”

Megan Riakos, the director and producer of “Crushed,” said that this was her first time directing a feature film. Her inspiration for the film was based on her interest of the American short film thriller, “The Staircase,” as well as the New Zealand miniseries “Top of the Lake” — a crime drama based in a small town.

“So I’ve made a whole lot of short films, probably around a dozen. Some of them are narrative shorts, music video clips, corporate videos and mini documentaries. This is the first full-length feature that I’ve done. Before that, the longest short I had made was 21 minutes,” Riakos said. “I thought ‘OK, what kind of film would I be able to direct?’ and I specifically set out to make a genre film. Thrillers are something that I can explore. A lot of relationships and humanity begin a thriller, which is an interesting and exciting format, and then I looked at those films and responded to them.”

Kenny said that he attended the Australian Film Television Radio School with Riakos, in Sydney, Australia, and was impressed with her work. He had previously scored a short film of hers — a drama set in the late 1920s to early 1930s — and also worked with her on a psychological horror.

“She’d written this feature film [“Crushed”] and was in the process of getting it made on an Indie Budget, … and I was really impressed by the quality of work as well as a lot of them were emerging professionals. They had already been working on many different professional films, or television shows, but never as the primary crew member, whether it’s the cinematographer, the editor or, in my case, the composer,” Kenny said. “This was a really good chance for us to show that we can make a feature film for ourselves to a higher degree of quality.”

The shooting of the film started in December 2013 and was not finished until some time in February 2014. It is approximately 111 minutes long as of now.

Riakos said her goal is to attend film festivals around the world.

“The plan of attack is just to kind of get into film festivals in the U.S. and around the world, and see whether or not we have interest from distributors. It’s about having a bit of strategy releasing the film, and depending on how we go at festivals and things like that and whether or not we get picked up, will determine how wide we release at a cinema level,” she said. “It might just be we have a few targeted screenings and maybe if we can get any of the other people involved in the film. If we have screenings like that, we find it’s easier to get an audience. Then we would definitely be doing a DVD and download online. That probably won’t happen until mid to late this year.”

Riakos said that only about 400 people have seen the whole film during the screening process and most were impressed with the work of Kenny and the Youngstown Scoring Stage.

“What they are doing is really good. Creating jobs and creating space for musicians in Youngstown, and giving us an opportunity. We would not be able to afford to pay for an orchestra in New York, or Sydney, or in Los Angeles. We would not have been able to get the sound if it weren’t for the collaboration of those guys,” Riakos said. “I think they did a great job, and we got a lot of nice responses like when we did the screening. Almost everyone said ‘Oh my god. That music was amazing. It made the film.’ It’s a thriller. If you don’t have good music, it’s not scary.”

The Youngstown Scoring Stage has scored the soundtracks to a variety of films from the climactic fight scene of “The Last Straw,” a high school comedy, to two scenes from the drama film “Sand Castles,” to the opening scene for “A Dog for Christmas.

“It’s been quite a diverse range. We’ve had anything from horror films to the war period film to comedies to drama. Every score is so completely different, and the music of each composer is so different,” Maki said. “We are still developing who we are as far as how we work. We’ve had the interesting problem of having to turn down a lot of the workers who weren’t ready for it. The work is definitely out there. We’ll have one session a day and that will last anywhere from two to four hours.”

“Crushed” can be found on Kickstarter for those interested in supporting the project.