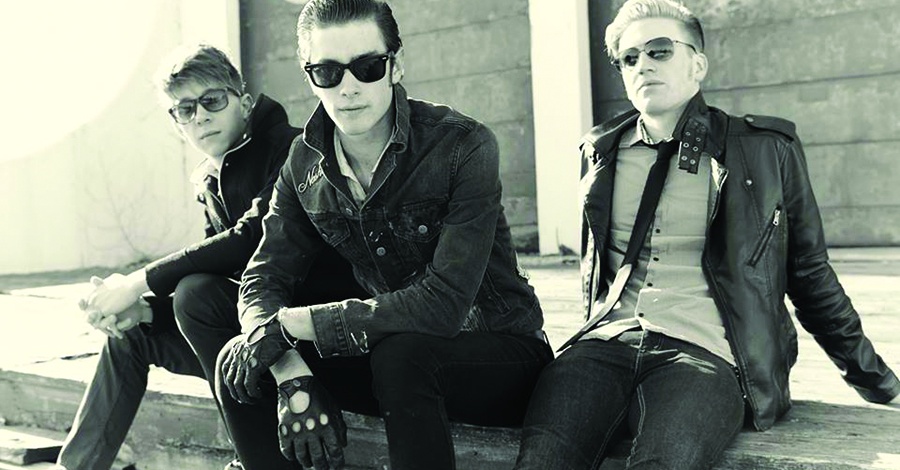 Martini Brothers, a local bar in downtown Young-stown, is hosting The Moxies, a three-piece band hailing from Cleveland, Ohio, on Thursday, Jan. 15.

Carolyn Jesko, member of Student Activities, saw the group live and the idea struck her to bring the band to Youngstown State University’s campus.

“I went to see Welshly Arms in Cleveland at the House of Blues and The Moxies opened for them,” Jesko said. “They put on a really good live show and [Student Activities] thought students would enjoy it.”

The retro-bluesy style group consisting of Marco Ciofani (vocals, guitar), Kevin Werfield (drums) and Tyler Adams (bass) found their mainstay in the greased-back hair, shined shoes and state of mind of gritty old school rock. The band states modern artists Jack White, Cold War Kids and Cage the Elephant, and classic artists such as Elvis Presley, Johnny Cash and Etta James as major influences in the sound of the group.

Ciofani said he discovered his love of music after receiving his first guitar at age seven for Christmas. After playing for many years and winning several Battle of the Bands competitions, he decided that a full piece band needed to be formed.

Werfield and Adams were recruited for the job, despite the fact that they had never played instruments before.

“I’ve been playing guitar for awhile and I decided to start a band. They had never played instruments before they had started playing in this band. We started from the lowest point you could pretty much ever start a band. I was living in my mom’s fiancee’s house at the time in a town with like 400 people total. I was playing in my garage with a five-watt amplifier and two dudes who had never played their instruments before,” Ciofani said. “We played our first show at this really shitty bar that used to be a house and Kevin was using someone else’s drum kit; I was using my five-watt amp. I made my pedal board in wood shop — I mean we were seniors at the time in high school. Kevin was terrified about keeping time.”

The group found their success when they were picked up after playing a sold-out show at the Beachland Ballroom in December 2012.

“We just started playing and one thing led to another and we just started piling up shows. We always have done really good selling tickets; we could always get rid of all the ones a venue told us to sell,” Ciofani said. “The fan base grew from Cleveland, and now we’re in Nashville, Tennessee. It’s always been movin’.”

The Moxies play surcharge free on Jan. 15 from 8-10 p.m. at Martini Brothers.