Youngstown indie-jam band, The Zou, played opposite of runway models at the third Fashion Meets Music Festival in Columbus, Ohio on Saturday. 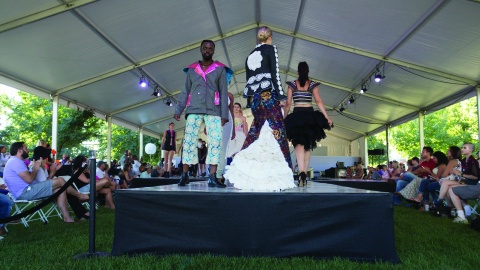 While this was The Zou’s first time playing at FMMF, bassist Jake Stephens had experienced the fest before with his previous band, Northern Whale.

Stephens is responsible for booking the majority of The Zou’s shows. When he saw that FMMF was taking applicants for their 2016 fest, he said he couldn’t resist bringing it up to the rest of the band.

Khaled Tabbara, The Zou’s lead singer and frontman, heard Stephens’ pleasantries about the fest and immediately wanted in. 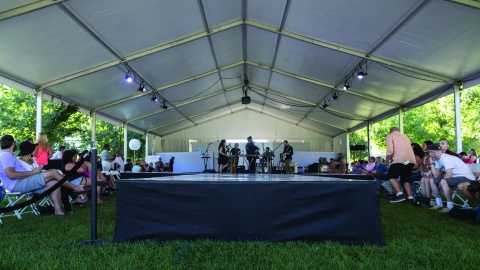 “[Jake] brought it up and started talking about how great it was last year, and we were all sold,” Tabbara said. “He gave it the thumbs up, so we all said absolutely, let’s do it.”

Although this was The Zou’s first time playing at FMMF, they have organized and performed in something similar in the Youngstown area.

“We did an art-music festival in Youngstown,” Tabbara said. “We had like three stages, performance art, vendor art, burlesque shows — we did theatrical things there too.”

Bernadette Lim, the main keyboardist for the band, said that The Zou loves doing any sort of show or performance that is deemed out of the ordinary. 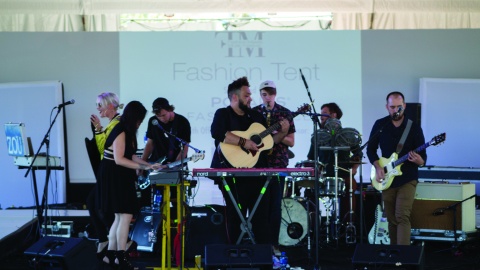 “We get bored easily,” Lim said, “so we want to do a bunch of weird performances to keep things new and exciting for us and our followers.”

Burlesque shows, “Rocky Horror Picture Show” covers and “Evil Dead the Musical” are all offbeat productions that The Zou has excitedly taken part in.

Katianne Timko, The Zou’s keytar player and backup vocalist, said that playing at FMMF was just another exciting notch on The Zou’s offbeat belt. She said the group is already planning their annual Halloween show in Youngstown and are hoping to incorporate some new ideas.

“We’ll probably do ‘Rocky Horror’ and then cover a bunch of Halloween-themed stuff,” Timko said. “We did ‘Dexter’ songs before. We’ll have to cover some ‘Stranger Things’ stuff this year. We all just finished that show — it’s so perfect.” 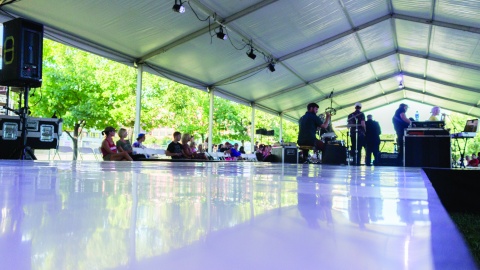 Lim said that her burlesque troop usually performs a day before The Zou’s Halloween show, but this year, the two may combine to create a Rocky Horror Burlesque Halloween show.

In spite of all the ideas that The Zou are bouncing around, Tabbara said the group needs to focus on one large, main goal.

“We really have to get our next album done, like tomorrow,” Tabbara said. “We have a backlog of songs, but now we have to go through and see what’s good and what sucks. It’s about time we start thinking about that stuff again.”

As for what is next for The Zou, Stephens said it’s another festival.

“Brite Winter in Cleveland is coming up,” he said, “so look out for us on that lineup.”