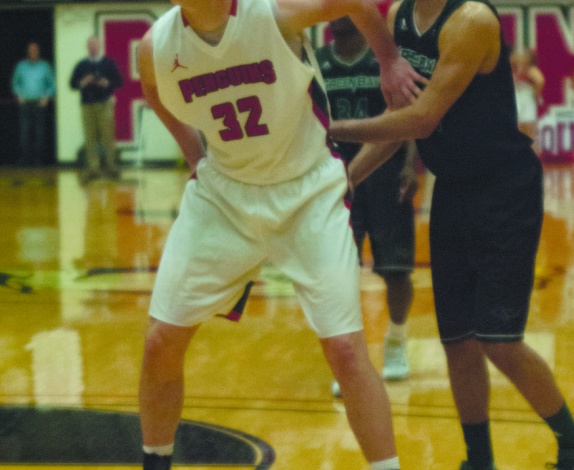 Coming into this season, the Youngstown State University men’s basketball team knew the young players on the roster needed to mature quickly in order for the team to compete in the Horizon League.

After Sunday’s 70-55 win over Cleveland State University, YSU head coach Jerry Slocum said the team, possibly, is starting to turn the corner in the team’s maturity.

“We just threw the challenge out there today that … we definitely made some great strides — we had a great week of practice,” Slocum said. “Added a couple of wrinkles, did a couple things and obviously with a three-game road trip, now we have two more tough places to play. Obviously it’s great to win … especially on their floor. It’s a team that beat Belmont [University] there, and they’ve had some really good home wins. So to play as well as we did is a positive, and now we got to carry it over. That hasn’t been our strength all year, and we’ll see how it goes.”

Slocum said the team played well on the defensive side of the ball when the younger players were on the court. He went on to say the players managed the game effectively. The YSU players were “passing up a good shot for a great shot” and understood what they were supposed to do in the second half to close out the game.

“When we did that, we had three freshmen on the floor and two sophomores. That group can guard,” Slocum said. “It’s not our most talented group offensively, but we really, really guarded them well. To the point, in the last five minutes, I said to our guys ‘we’re better being on defense than on the offensive end,’ because it was taking them 27 seconds, even when they were down 12 or 13 points, to find a shot or find an attempt. I thought we did a tremendous job defensively. I thought we did a great job holding our composure.

“There’s been some games this year, when we’ve been up by eight or nine where we had a couple turnovers and teams have gotten back in it. We did a great job at time management. Our kids did a great job with understanding time and score and getting the clock down and making some foul shots. A win that we had earlier in the year that would have been a three to four point win went to be a 15-point win, because we did a better job managing the clock.”

“There’s no doubt with Sid’s injury, other guys have had more playing time, and quite frankly, have stepped up and have shown positive things for us,” Slocum said.

Slocum has stressed the importance of becoming consistent in the second half of the season. The team will have to travel to the University of Illinois at Chicago on Thursday. Slocum said the Flames are an athletic team, but UIC is also inexperienced.