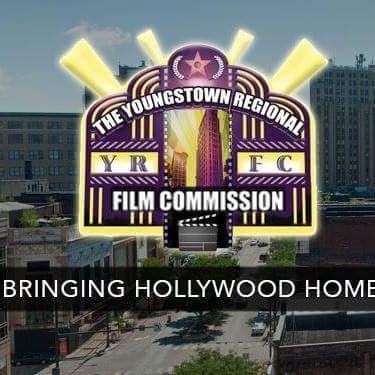 Fred D’Amico said he wanted to become an actor. In 1996, D’Amico traded Youngstown for Hollywood, in hopes of one day bringing the film industry back home.

But what would a guy from Ohio know about the film industry? The answer, he said, is absolutely nothing.

D’Amico said he wanted to learn because this was his dream. He traveled to Hollywood and shortly after, his fortunes changed.

“I had an audition with Alec Baldwin and Anthony Hopkins within three months of being there,” he said.

D’Amico, who serves as the executive director and president of the Youngstown Regional Film Commission, has worked with an abundance of Hollywood stars including Mark Hamill, Madonna, Snoop Dogg, Dr. Dre, Beyoncé, Courtney Cox and Tony Danza.

“I saw Angelina Jolie in a store the other day, and I went up and talked to her for a minute,” D’Amico said. “We work with people in this industry that after a while, you get desensitized to it and its work. It’s just another star.”

Dennis Hopper, a childhood hero of D’Amico, was one of his favorite actors to work with.

D’Amico produced his own movie, “The Power of Few,” shot in Louisiana in 2010. The film, released in 2013, starred Christopher Walken, Christian Slater, Anthony Anderson and Larry King.

He created an initiative to turn Youngstown into Hollywood and Hollywood on to Youngstown called Project Young Hollywood.

D’Amico started the Youngstown Regional Film Commission in 2013; however, people were initially hesitant.

“I wanted to bring movies home … I was met with resistance from many, many people,” D’Amico said. “What I had to tell them was this, ‘Unfortunately, I have to tell you two things now. Number one, nobody kills my dreams but me. And two, you’re going to have a film commission here whether you like it or not.’”

Before the film commission, Youngstown already had people connected to Hollywood.

Ed O’Neill, a Youngstown State University graduate, played Al Bundy on “Married with Children,” and the Warner Brothers lived and worked in Youngstown.

In homage to Mobtown USA, director Martin Scorsese featured the city’s newspaper, the Vindicator, in the final scene of “Goodfellas” (1990).

Despite the Hollywood connection, these people never filmed in Youngstown.

“We saw Pittsburgh and Cleveland enjoying the benefits of this industry and thought this is a perfect industry to bring to our town, where so many resources and talented people are,” D’Amico said.

He said his dreams were slowly becoming reality.

“We brought over $800,000 into the region in the past three years,” D’Amico said. “We’ve created jobs locally; we’ve affected businesses locally. Restaurants were used, hotels were used, car rentals were used, so we set up a database on our website.”

D’Amico said he encourages those interested in film to list themselves on their website database if they want to be a part of the cast or crew or if they know of potential film locations.

“We can put you directly in front of producers when they come,” D’Amico said. “That’s what getting listed in our database is all about. It lets producers find out who you are.”

According to D’Amico, the database allows production companies to contact those interested and the film commission encourages as much volunteer work as possible.

“We’d love to see the talent of Youngstown list themselves with us,” he said. “Whether you’re a hairdresser, a make-up artist, a set painter, anything … These companies might need you.”

He said he always looks for help at the film commission level. It’s volunteer work, but these volunteers have benefited and some were able to get jobs on the last movie, according to D’Amico.

“We just had a movie shot here that was with Gerard Butler’s company called ‘Them That Follow,’” he said.

“Them That Follow,” starring Walton Goggins and Jim Gaffigan, tells the story of an Appalachian community, snakes and God.

According to D’Amico, the Youngstown City Council voted on another project called “Roadkill McGillicutty,” which is looking to be filmed in September.

In addition to the upcoming project, D’Amico said the city has another five or so movies lined up to shoot.

According to a June 2017 article by the Vindicator, YSU has commercial equipment representing seven methods of 3-D printing, believed to be the first such technological milestone in the eastern United States.

D’Amico said he wants to involve YSU and the 3-D printer with the Hollywood film industry.

“For instance, if you have an alien movie, and you need some sort of alien gun, a space helmet, or a suit, there’s no reason why we couldn’t hook up the printer to a crane and build anything, of any size,” he said. “If you want to build an entire spaceship, we can build it out of Youngstown with this technology.”

D’Amico said the film commission sat down with YSU representatives to discuss possible training programs, but is not sure that a partnership will occur. He said he just wants to give people the chance to start learning how to work on film sets, in any way they can.

In order to educate those interested, he said the film commission will conduct seminars.

“We’re going to be having introduction to film seminars. We’ll be bringing in hairdressers, actors, we even have a guy that just moved back home that did all the leather for ‘Pirates of the Caribbean,’ and this is the guy that’s doing other movies now,” D’Amico said.

The seminars will offer film enthusiasts background information on directing, production management and writing among other areas, according to D’Amico. They will take place in March.

He said the commission has been successful in helping YSU students attain jobs in the past, on sets of “Them That Follow” and “Bar Rescue,” which documented the makeover of the Royal Oaks and the Federal.

“I told my mom, when I left, was that I’m going to go be in Hollywood, produce some movies, I’ll be back one day,” D’Amico said. “It’s a reality, not a reality show, what we’ve done. Project Young Hollywood has come to fruition.”

Miles Garrett, a YSU junior majoring in theater, with a focus on film and video, said if the opportunity presents itself to work on productions in Youngstown, he would do it.

According to Garrett, films are a portal to another world.

“It’s the idea that you can visually tell a story,” Garrett said. “It’s a lot different from theatre in that you can show exactly what you want your audience to look at.”

Garrett said he wants to work on upcoming volunteer projects in Youngstown through behind-the-scenes, whether it’s helping the crew or working in video production.