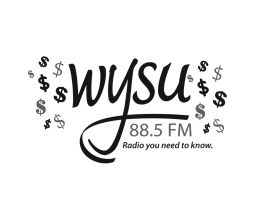 “The [donation] number wasn’t a shock,” Goist said. “Of course, we’re excited and happy to receive the money, but it’s what we expected.”

Though a vast majority of donors were from WYSU’s immediate listening area, Goist said one reason for increased donations is the station’s online streaming capabilities.

“Now that we have the ability to broadcast online, we are getting donations from people across the country that may have some connection to the area because they went to school here or grew up here,” Goist said.

“WYSU continues to garner widespread support throughout the region, and their continued success year after year in fundraising is another indicator of that support,” Cole said.

WYSU will have to raise similar figures in the spring to meet its yearly operating budget of $230,000. Goist said he expects to reach this goal.

The fall fund drive featured a grand prize of a trip for two to Ancient Peru and Machu Picchu, which Richard Brobst of Villa Maria, Pa., won.