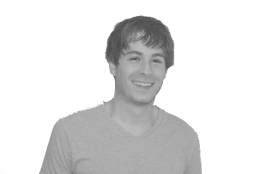 Jim Calhoun’s job during the fall of 2000 was to clean the showers of the Lasch Building at Penn State University. He claimed that one night he witnessed Jerry Sandusky, Penn State’s defensive coordinator from 1977 to 1999, performing oral sex on a young boy he had pinned in the corner.

After seeing horrible things while fighting in the Korean War, Calhoun believes what he saw that night in the shower is something he will never forget. He currently suffers from dementia and lives in a nursing home.

The identity of the young boy is unknown.

I read all 23 pages of the statement released by a statewide investigating grand jury.

I was engaged in an argument about recently fired Penn State head football coach Joe Paterno, and I was appalled that anyone could actually defend this man and still sleep at night.

But then I read those 23 pages.

If you haven’t heard, Sandusky is facing 40 counts of sexual abuse of young boys. He founded a program called the Second Mile, which works to improve the lives of children in absent or dysfunctional families.

For 15 years, he allegedly used that to cover a sick, pedophilic fetish that targeted vulnerable kids looking for a father figure. He allegedly took them to church, let them sleep in his basement and even brought one boy to a bowl game while he was with his wife, just to earn their trust.

Sen. Rick Santorum even gave Sandusky a Congressional Angels in Adoption Award in 2002 because the whole thing was hidden so well.

There are eight documented victims in the grand jury’s report, and some of the accounts are incredibly disturbing.

It’s a crime so perverse and so disgusting that it must be impossible for anyone with a heart to even understand it.

The human mind is capable of demented and twisted things.

I hope they bury you, Sandusky. I’m almost ashamed to reside in a state with a city that shares your name.

However, I also agree that Paterno deserved to get fired … even though I don’t think he really knew what was going on.

Here’s where things start to get ambiguous. In his testimony, Paterno said the graduate assistant came to his home and told him he saw Sandusky “fondling or doing something of sexual nature” to a young boy. Right there, the story has already changed.

We’ll never know if the graduate assistant softened the story for Paterno or if Paterno simply lied in his testimony, but it struck me odd that in a 23-page report, Paterno was not mentioned at all after Page 7.

A week and a half after the graduate assistant spoke to Paterno, he had a meeting with Tim Curley, athletic director and Paterno’s immediate superior, and Gary Schultz, senior vice president for finance and business.

To me, it really sounds like Paterno was cut out. I think his superiors thought he would spill the beans, so they never really involved him or even let him know just how disgusting some of the accusations against Sandusky really were.

I think that Paterno thought his defensive coordinator got caught acting a little sleazy with some kid. Based on that, he figured telling the athletic director was good enough.

I’d like to think that, given all the available information, Paterno would have notified the Pennsylvania Department of Public Welfare.

But it seems like his higher-ups treated Paterno like some senile old man on some kind of need-to-know basis, which is probably also why they fired one of the best college football coaches of all time over the phone.

It seems obvious that those at Penn State did everything they could to avoid getting caught. According to some of the victim accounts discussed in the statement, the identity of the victim is unknown because Penn State either never pursued the victim or the university told police to let it go.

One thing is for sure: If even one of these allegations ends up being true, not only does Sandusky deserve the worst kind of punishment possible, but so do the scumbags involved in covering it all up.

I believe if you knew what Sandusky was up to, and you didn’t do everything in your power to stop him especially when it’s as easy as calling the police, then you really didn’t care what Sandusky was doing in the first place.

Christopher Bache, a professor in the department of philosophy and religious studies at Youngstown State University, seems to agree. To him, this should’ve been a moral no-brainer for those involved.

“Morally, there shouldn’t have been any dilemma,” he said. “When you see a crime being committed like this, you stop it in the minute and in the day and in the month it occurred.”

How could you sleep at night if you didn’t?

It seems like everyone heard about this whole situation at the same time. That’s a bit odd. Some of the testimonies in the statement are from January of last year, and Sandusky was subject to investigation twice before in 1998 and 2002 for his deranged activity, even though Penn State President Graham Spanier denied knowing about these investigations.

What happened with Sandusky was covered up so well and for so long.

I ask again: How do you sleep at night?