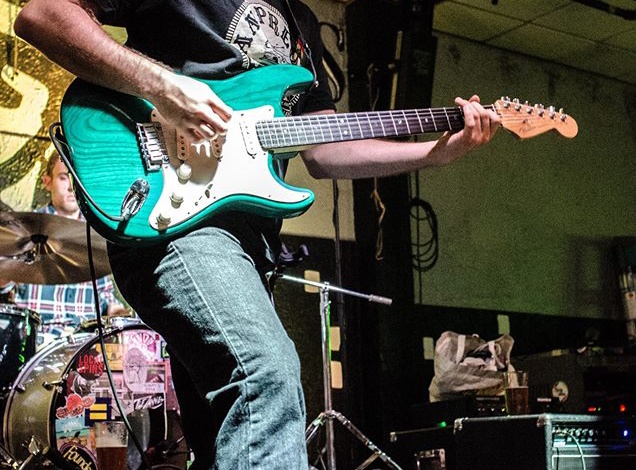 Last week sounds of music emerged from the basement of an Ohio Avenue residence, just blocks away from Stambaugh Stadium.

The Bees Trees, a play on words of the saying “the bee’s knees,” are in their element, practicing for their two set album release show at the downtown Suzie’s Dogs & Drafts on Saturday.

“It’s not a defined genre, but basically if it feels good we play it,” Collins said.

The release show will be promoting their first full length album titled “Loch Ness Monster.” They released half-length albums prior to the upcoming release, but believe the new material is much more put together.

“The new album is more crisp, creative and professional than the others,” guitarist and lead vocalist Liam Jones said.

The group’s two favorite songs from the new release are “Sunny Delight” and “Emperor’s Old Groove.”

Along with Collins and Liam Jones are keyboardist Nathan Negro, bassist Brendan Burke and drummer Ryan Jones. The band started in 2011, but the members in the band currently have been playing together since 2016.

Ryan Jones said inspiration for the new album came from the trips the band took to West Virginia and New York.

“We’ve had the opportunity to play at both states, and got the chance to spend some time in the mountains of West Virginia, which influenced the songwriting,” Ryan Jones said.

Collins said the band’s sound has developed over time, but there were some innateness when they first started.

“We have chemistry amongst each other, and we feed off of the ideas that each one of us has,” Collins said. 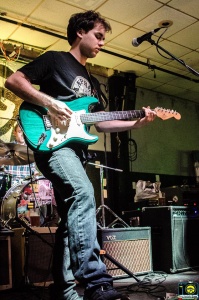 Ryan Jones said some of the band members became a part of the Bees Trees a little later, so they had to pick up on some of the old stuff and make it their own.

Their chemistry has led them to a variety of venues from as far west as Colorado, to as far east as New York. They’ve played at local festivals such as Fusion Fest to a touring festival known as Hippie Fest.

Their shows at Nelson’s Ledges have had them opening up for a popular Sublime cover band Badfish and the masked guitarist known as Buckethead.

Liam Jones said the music they create is derived from the sounds they like and what influences them, but they do incorporate the outside thought of the fan.

“We write and produce the music that we like, but there has to be a certain level of professionalism,” Liam Jones said. “We don’t want to give the crowd something that they think is garbage.”

Collins said the band doesn’t want to make music specifically for someone who is musically inclined because they want everybody to enjoy their music.

“It’s sort of like watering it down so that it’s well received by everyone,” Collins said.

The Bees Trees release show kicks off Saturday at 9:30 p.m. until midnight at Suzie’s Dogs & Drafts. The album will be available at Saturday’s show and on digital platforms.