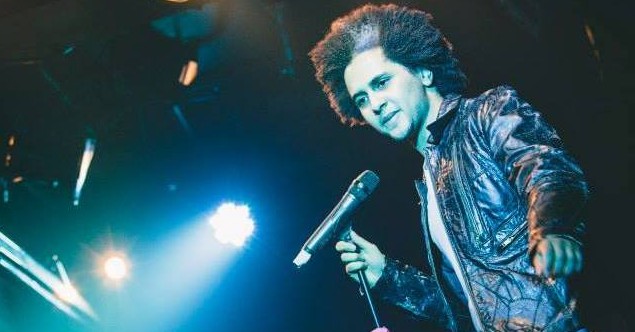 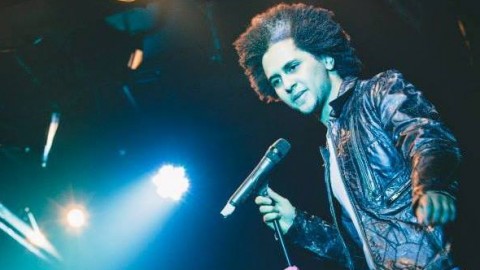 Kiyan Taghaboni, a vocal major at Youngstown State University, never once breaks eye contact while he’s sitting down in the Chestnut Room in Kilcawley Center, talking passionately about his future ambitions.

From performing in a theater show at YSU to performing at 54 Below, the old Studio 54 in New York City with the likes of Robin Desus (“In the Heights”), recent Tony Award winner Lena Hall (“Hedwig and the Angry Inch”) and E. Clayton Cornelius (“Beautiful: The Carole King Musical”), the young vocalist said he feels accomplished — but not accomplished enough.

“I want to be a professional singer … but there is so much that goes into that that many don’t consider. Take Beyoncé, for example. How many people does Beyoncé cover? Hundreds and hundreds of people are working around the clock to make that work,” he said. “Stylists, photographers, musicians, producers, instrumentalists, driving the bus — who’s carrying all that shit? Someone. The point is you need to make meaningful connections and organize being a part of this scene. It’s not just about you.”

Alex Marr, a local pianist and long-time friend, said that Taghaboni has a sense of awareness about the music culture that not many performers have.

“He has a really good sense of professionalism and uses great business sense,” Marr said. “He can carry himself in a variety of situations that many other artists can’t, even people who are non-artists.”

Besides performing and dealing with the business of the profession, Taghaboni also spends his time teaching vocal lessons at Kontinuous Jams in Boardman and at the Liberty Lesson Center in Churchill Square.

“Teaching is something I wasn’t sure I’d enjoy as much as I do,” Taghaboni said. “Seeing a kid come to me that has no sense of pitch or what a note even is … and then a few months later they sound genuinely good? It’s extremely rewarding to know that I did that.”

No matter what happens in the future, Taghaboni said there will undoubtedly be some sort of creative musical element involved.

“It’s a really scary road I’ve chosen to go flying down — music. It’s not a joke,” he said. “You sink or you swim, and most likely you will sink. But music is intertwined in me. It’s not a separate thing that I do. I just kind of am a piece of the music.”