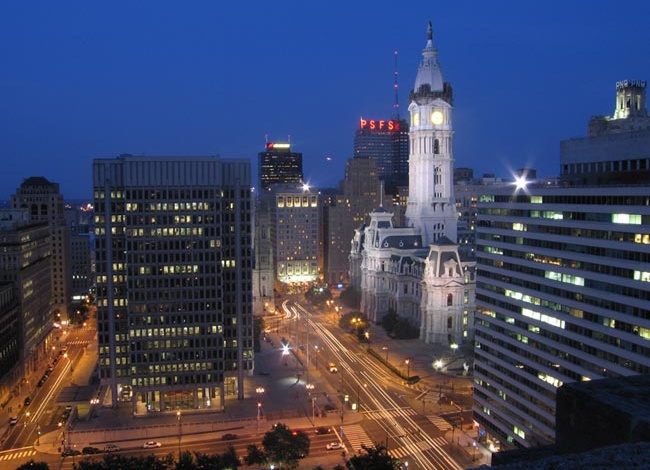 It’s been said that traveling is the best way to relieve stress, but what isn’t said is that it’s also the most efficient way of finding the you that was lost an indeterminable bit of time ago. Traveling is also the best way to get lost… and lost I was in the big city of Philadelphia, Pennsylvania.

Everyone, at some point in his or her life, has travelled. Whether it’s down the street, through the state or across the country, the distance is irrelevant. The feeling is the same: when you’re lost, you’re scared. Unfamiliar surroundings, the impending feeling of not knowing where you are or how you ended up in that position, not aware how to get back to the starting point.

Most people have also felt lost in a different sense. It’s the lost that happens over time after you go to college or get a new job, make new friends or lose a family member. It’s the reality of catching yourself saying or doing something and thinking, “That’s not who I am. How did I get here?” The premise is essentially the same.

When you’re lost on a street, you ask for directions. But what about when it feels like you’ve drifted away from the person you were a semester ago, a year ago, who knows how long ago?

You talk to strangers. Rather, you listen to strangers. It’s like pressing the reset button on your console or turning your iPhone off and on when something isn’t working. Recently, I found myself feeling a little bit confused and very much alone for no reason in particular. The stress and pressure of everyday life was weighing hard on my shoulders, but then, who didn’t feel that?

Lucky for me, the shining light of relief was right in front of me in the form of a few people I would meet in the city of Philadelphia, Pennsylvania. Now, peeking through alleys, discovering new stores and meeting strangers might not seem like a good way to find anything other than trouble, but I digress. Time and experience have proven these things to be the best remedies for a lost soul.

What started out as an idle ‘Hey, how are you?’ during a lecture about leadership turned into talking in code, running down the traffic-filled streets as fast as we could and crying on a windowsill for reasons that I’m not even sure of.

In the book “Invisible Monsters,” Chuck Palahniuk said, “The only way to find true happiness is to risk being completely cut open.”

The pros outweigh the cons when you give your time and your ears to a stranger. Everyone has a story to tell if you listen hard enough. When someone tells you a story, they are sharing a part of their life with you — and time is worth more than money. What you get out of their tale is up to you, but often answers can be found in between the lines of another’s joys or sorrows.

In the movie “Hannibal,” Anthony Hopkins is quoted saying, “Do you know what a roller pigeon is? They climb high and fast, then roll over and fall just as fast toward the earth. There are shallow rollers and deep rollers. You can’t breed two deep rollers, or their young will roll all the way down, hit, and die.”

I’ve realized that most of the people in my life are the shallow rollers. The ones who are career-driven; they stay in on a Saturday night because they want to ace that test, they follow the rules, they are accepting and logical. And that is fine — it’s actually encouraged.

Philadelphia presented me with the deep rollers. They were enchanted with the small things; they had no regard for self-preservation. They entertained the thoughts in their mind that the shallow rollers kept only as thoughts. They were free, magical and dangerous.

For two nights, I ran with them: the reckless, the selfless and the rebellious. The person that I had lost in the stress of school, home life and work was found in the dark architecture of the city as we scoured its every corner in the night.

Then just like that, the city is nothing but a reflection in the passenger van’s rear view mirror, the people just blurs of movement in a video recording. They returned home, as did I.

So, I was lost in a big city, as every person has been once in his or her life. But what was found was more than just the way home. I found the innocence of being carefree, if only for a few hours. I found the magic of playing with the images the shadows make and the lightness you feel when you can’t catch your breath.

Every person has a story and a viewpoint. Learning to see from the eyes of another creates a new, unique perspective. Being lost in any way in life is terrifying; the haunting fear of not getting back to the starting point, whether it be to the hotel or to the happy person you were six months ago. Regardless, if you ask the right people and take the risk, you may end up recognizing way more than just your surroundings.