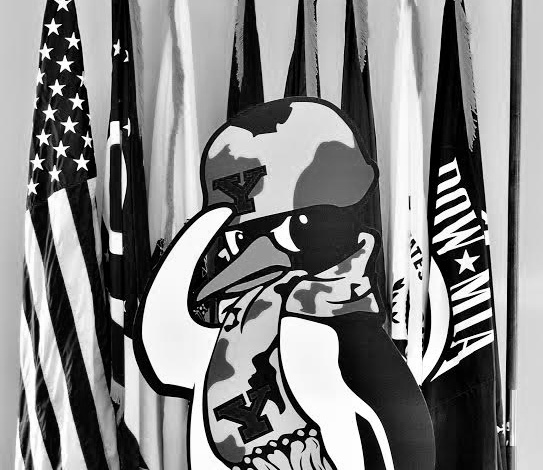 There are 375 veterans enrolled in classes at Youngstown State University, and they each have their own 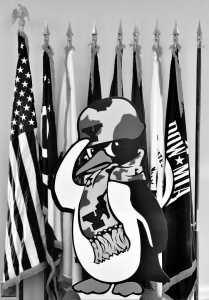 Rick Williams, coordinator of Veterans Affairs at YSU, said adapting to life as a student can be difficult for veterans.

Williams said many veterans are non-traditional students, which affects their school experience.

“[They] may be married, have a lot of bills, kids, disabilities and other situations that the common traditional student does not have to deal with,” Williams said. “In most cases, they are moving from a fixed income to little or no income. Financing plays a huge role in the success of a student veteran.”

Any student who has served on active duty for three years or more gets 100 percent of their tuition paid for by The Office of Veterans Affairs — with additional money going toward textbooks and a monthly $1,000 stipend for living expenses.

“We have a student organization they can join to meet other vets and get involved,” Williams said. “More recently, YSU opened a ‘one of a kind’ center for its student veterans, which gives them a place of their own on campus that is equipped with the resources they need.”

James Daniels, a 65-year-old veteran of the Korean War, said he received more benefits when he attended the University of Cincinnati after the war than he does at YSU.

“When I first started here at YSU, the benefits I was given were access to information, but there was no actual material benefits I received,” Daniels said.

Daniels said there are some problems for non-traditional student veterans as well.

“The institution here at YSU does not really cater to older non-traditional students. I think a happy medium needs to be made,” Daniels said.

He said that a lot of non-traditional students have been trying to work together to enhance their chances at doing well in school.

“It seems we [non-traditional students] are at the tail-end of this community,” Daniels said.

Chris Meloro, a veteran status airman for the Air Force, is waiting for his first overseas unit deployment while he attends YSU.

He said he received help from the Veterans Resource Center his first semester in school.

“Last semester was my first semester, and I had no idea how to do the tuition assistance stuff, and they pretty much did it for me,” Meloro said. “Plus every year I receive money that takes the majority of my tuition off.”

He said the new Veterans Resource Center building is a good place for people on the GI Bill to get information.

“The cool thing is that if you want to get on your portal — instead of buying the equipment for your CAC card — the Veterans Resource Center has it for you to use for free,” Meloro said. “Overall, they helped me out a lot, I have nothing to complain about.”