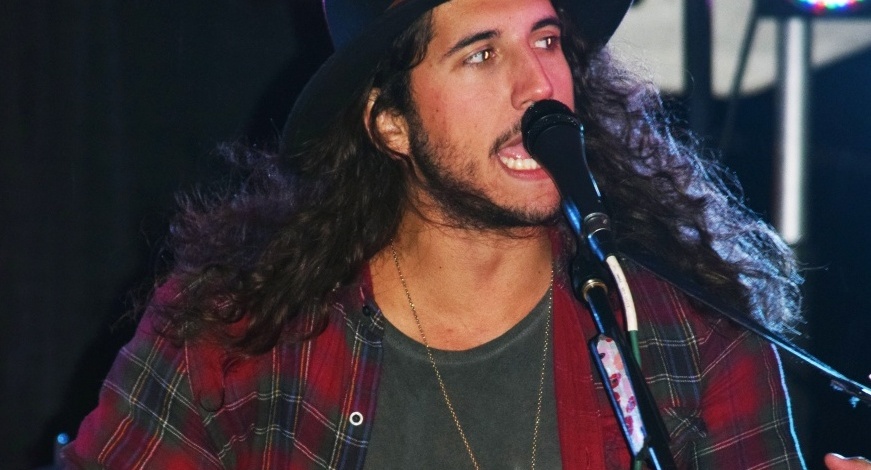 The rain did not burn out the third annual Fall Fire Fest.

The event on Thursday night, held each year in conjunction with YSU’s Homecoming Week, is meant to bring

students together over music, food and tradition.

Fall Fire Fest opened with a performance from Jordan DePaul, a folk-Americana songwriter from Youngstown who currently resides in Nashville. Although DePaul recently made the move to Tennessee, he said he still feels at home with a Youngstown crowd.

“It’s always good to come back to Youngstown to see my family and friends. It’s been great to have support from my hometown and especially YSU,” DePaul said. “I have always wanted that and it has been really great to create that relationship.”

After DePaul’s set, President Tressel took the stage with student athletes from each fall sport, giving words of encouragement for the end of the fall season’s matches and games.

“Have fun, be safe, do right and go Penguins,” Tressel said.

After the pep rally portion of the night, the headlining act, The Vespers, prepared to take the stage.

The Vespers are a band from Nashville that classify themselves as an Americana group that plays rock n’ roll music on bluegrass instruments. The band has grown up together and has been performing and touring for the past six years.

“Our live performance is where we feel at home, we like to bring a lot of energy to the stage,” a member of The Vespers said. “The main goal during our performances is to get the crowd to feel that energy.”

The Vespers enjoy doing college performances and like the vibe the university gives off. The group has traveled to 45 different states and performs at colleges at least once a month.

“We are excited to be here at YSU to get the students fired up for the game Saturday. We have enjoyed the atmosphere and people here at YSU. Everyone is so nice,” another member of The Vespers said.

Event coordinator Erin Hall shared that along with the live performances and pep rally, attendees were able to enjoy a bonfire with drinks and food. Hall included that this year they added a Second Harvest Food Bank Drive during the event.

“Student Government Association is providing some refreshments for students, and Catholic Student Association is passing out some goodies as well,” Hall said. “There are some local food vendors selling items and the proceeds from the drink sales will benefit Carmstrong, which is a local nonprofit that raises funds and awareness for pancreatic cancer in memory of Carmen Cassese, a former YSU staff member.”