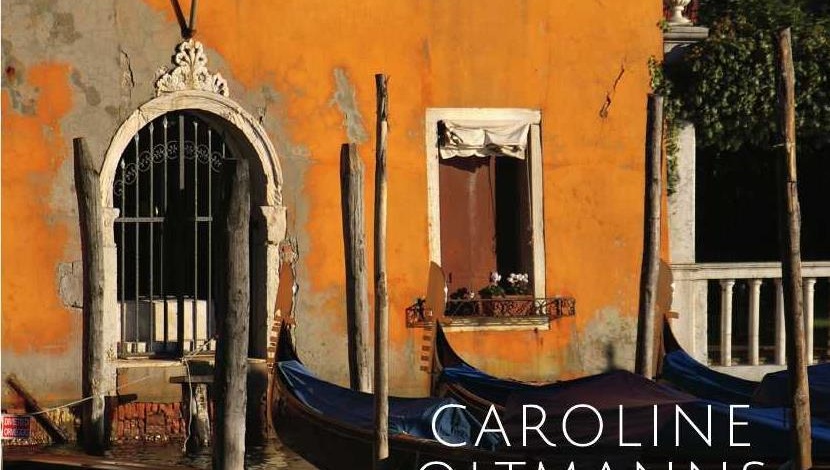 “Venezia e Napoli” was recorded in Frankfurt, Germany by Udo Wustendorfer, a recording engineer. The album demonstrates interaction between water, light and movement that are well known in the cities of Venice and Naples. “Venezia e Napoli” was created within two days of work on a Germany Steinway concert grand piano.

The album is available on iTunes, Amazon, Spotify and CD Baby. Oltmanns has had several other albums on Amazon and is currently working to expand her distribution.

Oltmanns teaches piano at YSU; she started playing the piano at the age of three. She has been broadcasted globally on radio and TV stations, attracting audiences in the United States and abroad.

“I don’t remember ever not playing the piano, since I started so early. So there wasn’t an interest that began, or that I remember developing. I love the sound of the piano — I love how it feels and even how it looks,” Oltmanns said. “I guess I am a bit fanatic this way.”

Jonathan Eifert, Oltmanns’ publicist, stated that it is a pleasure to collaborate on different projects with her.

“Her artistry is full of nuance, sensitivity and sophistication. I believe many more people need to hear her work, particularly her new album, ‘Venezia e Napoli,’ which is sure to ignite her fans’ imaginations,” Eifert said.

“I love playing with people, but often play solo. When I do get to play in an ensemble, I really like to play with percussionists. I love their rhythmic precision and their focus on pulse, which I consider the backbone of music,” Oltmanns said.

Oltmanns is currently working on a concept show about a composer with extremely high highs and low lows. She is hoping to present the show in the spring semester at the Dana School of Music, and plans on releasing another album in the future. She stated that completing and publishing an album is a scary thing.

“As with anything that takes a great deal of focus and work, the moment of letting go and ‘release,’ it stirs up quite mixed emotions,” Oltmanns said.

She stated that her favorite piece to play is the one that is worked on at any stage. Oltmanns said she gets so engrossed in the composition that she deals with that it becomes her world, and her favorite.

She said that all places are interesting to play at and that every venue has its own character, and some might be more inspiring then others.

“I love playing at venues with excellent instruments, since we pianists cannot take our instrument with us. Weill Hall at Carnegie Hall has a wonderful selection of instruments to play; Stambaugh Auditorium in Youngstown has a wonderful Steinway and some of the best acoustics I know,” Oltmanns said.

Oltmanns said she doesn’t create music, she interprets it. She said that it is all about re-creating what somebody else has written.

“This means that I get to know not only a work, but also its composer very closely. Some composers I have played my whole life long, so they are like very good childhood friends — others I get to know as I play their works,” she said.

She said she hopes that her audience enjoys listening and that they might find a window of bliss or joy in the music, as well as take away something positive.

“I would hope, that the album might take them to the places the music is about — to Venice and Naples. The photo art of ‘Venezia e Napoli,’ especially in the accompanying booklet, is such a feast for the eyes, perhaps it might take the listeners away for a moment to Italy where some of the music originated,” Oltmanns said.