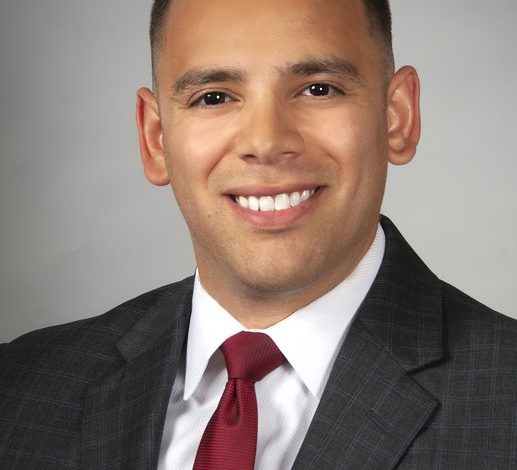 The 59th District seat in the Ohio House is up for grabs in November, and both candidates have deep ties to the Valley.

The incumbent, Rep. Alessandro “Al” Cutrona, a Republican from Canfield, is a Youngstown State University alumnus serving his first term as state representative of the 59th Ohio House District, which covers most of Mahoning and parts of Columbiana counties.

Cutrona graduated from YSU with a bachelor’s degree in political science and history. After graduation, he attended law school and earned his juris doctorate from Case Western Reserve University School of Law.

Following the unexpected death of Rep. Don Manning, who died of an apparent heart attack, Cutrona was among several who applied to the Ohio House Republican Caucus to fill the position. The Mahoning Valley native was sworn into office May 28.

Cutrona says his top priorities are keeping and creating jobs, as well as improving the state of healthcare in the Valley.

He said reversing safety regulations, which were put in place due to the pandemic, will help the community. July 31, the Ohio Liquor Control Commission implemented an emergency rule due to COVID-19, banning restaurants and bars from selling alcohol after 10 p.m.

He recently introduced legislation that, if passed, would reinstate original operating hours for bars and restaurants.

“These businesses right now are struggling, it is a very difficult time,” Cutrona said. “As long as people are following the proper guidelines, it’s important we get a sense of normalcy and give these businesses the opportunity to thrive and survive during this pandemic.”

In regard to healthcare, Cutrona is a joint sponsor of a bill along with Rep. Diane Grendell, a Republican from Chesterland, that would negate regulations put in place for physicians.

This comes after the State of Ohio Board of Pharmacy banned sales of the drug hydroxychloroquine to treat COVID-19 in July.

“What that meant was a pharmacy board would then be able to essentially determine what a physician could prescribe and couldn’t prescribe,” Cutrona said. “That should be up to the physician, the person that’s skilled and well-versed in that area, and that’s between the physician and the patient.”

Cutrona also voted for the bipartisan Broadband Bill, a priority piece of legislation intended to provide grants to underwrite construction costs and facilitate the expansion of high-speed internet and broadband services to at least one million people in Ohio.

“This is really essential for business, it’s essential for education and even more so now with things going on with the pandemic,” Cutrona said.

His challenger, Chris Stanley, a Democrat from Canfield, is running against him Nov. 3.

Stanley is a seventh and eighth grade social studies teacher for Youngstown City Schools, an experience he said is rewarding.

“To me, there isn’t a more important and necessary work than preparing our students for citizenship and to become lifelong learners,” Stanley said. “It’s a wonderful career and one I’m blessed to be a part of.”

Stanley graduated from Ohio Dominican University in Columbus with a Bachelor of Arts in integrated social studies education and a Master of Arts in liberal studies. He said he decided to run for state representative because of his educational background.

“Being in and around the history profession, politics sort of goes hand-in-hand,” Stanley said. “I was tired of looking around wishing that someone would do something to fix the direction our state has been heading for the last decade and a half, and I thought, maybe I’m the person who can step up and get some good done.”

Stanley is also a writer and publisher. He said he and his lifelong friend, Alexander LeVasseur, founded their own childrens’ book publishing company Jump Splash Books.

“Writing has always been an interest of mine, and I dabbled quite a bit,” Stanley said.

Should he be elected state representative, Stanley said his three main priorities are: education, economic development and jobs. With regard to education, he said he will promote a new funding formula that will reduce the reliance on local property taxes and ban for-profit charters.

“Doing so will enable us to invest in academic success by strengthening our primary and secondary schools, providing teachers with the resources they need including state-of-the-art technology, delivering wrap-around services that strengthen families and communities and making college and advanced training accessible and affordable for all Ohioans,” Stanley said.

He said he has several plans for economic development, which include facilitating a community culture and where government officials and community leaders are supportive.

“That means devoting more state dollars to public primary, secondary and higher education, restoring support for our cities, townships and villages, and building infrastructure that will help us attract business and good-paying jobs,” Stanley said.