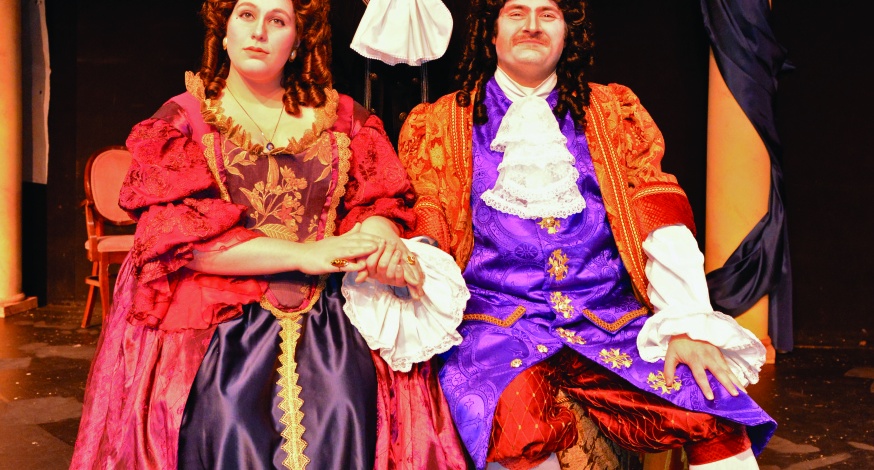 Penguin Nights is wrapping up its concert series with a midnight performance from prominent southern rap artist Juicy J on Thursday evening in Beeghly Center. A founding member of the Memphis, Tennessee rap group Three Six Mafia, Juicy J took on a solo career in 2009.

Tickets for the Juicy J performance will be available for purchase until 11:30 p.m. on Thursday. They are $20 and are sold at the YSU Information Center in Kilcawley Center. Tickets are available only to Youngstown State University Students.

The comedic period piece features period costuming and dialogue in verse. According to the press release, 17th century audiences were warned that viewing “Tartuffe” was a mortal sin due to the title character’s false piety. Matthew Mazuroski, assistant professor in the department of theater and dance, directs this production.

Performances on Friday and Saturday begin at 7:30 p.m. and 2:00 p.m. on Sunday. The show will run two weekends, from Feb. 26 to 28 and March 4 to 6. Tickets are available for purchase at the University Theater Box Office, or at www.ysu.tix.com.

Adult tickets are $16, and special rate tickets are $8. Tickets to the play are free to YSU students with valid student identification.

The Dana Young Artist Concert, conducted by Stephen Gage, is Feb. 26 at 7:30 p.m. at Stambaugh Auditorium.

Graduate and upper division undergraduate students in Dana School of Music competed in November for the opportunity to land a spot in these solo performances.

Tickets for the event are $6 for adults, $5 for senior citizens and students and free to YSU students with valid student identification.

The Dana School of Music is hosting the 10th Annual Wind & Percussion Invitational at Stambaugh Auditorium on February 26 at 7:00 p.m.

The night will have performances by local high schools groups from Poland Seminary Wind Ensemble conducted by YSU alumni Nicholas Olesko and Jeffrey Hvizdos, and The Mason High School Wind Symphony, as well as the YSU Percussion Ensemble and YSU Wind Ensemble

Tickets are $6 for adults, $5 for senior citizens and students and free for YSU students with valid student identification.

The John J. McDonough Museum of Art is celebrating its 25-year anniversary with the annual Mad About the Arts benefit event on Friday Feb. 19.

The event runs from 7 to 10 p.m. starting off the evening with a performance by the YSU Jazz Ensemble. Administrators will raise a toast to honor the anniversary at 8:15 p.m. followed by a dance with music by The Sensations.

Admission to Mad About the Arts is $80 per ticket or $65 for WYSU and McDonough Museum Members, YSU Faculty, staff, students or fine arts alumni. They are available for purchase by calling WYSU at 330-941-1777 or online at www.wysu.org/madaboutthearts.