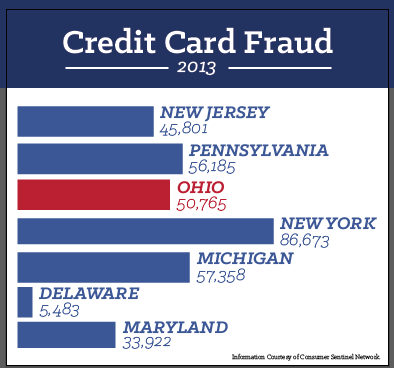 The incident that sparked the new policies involved Jeffrey Butts, former administrative assistant in the Islamic studies department, who funneled over $16,000 to himself using a coworker’s P-Card sometime between July 29 and Aug. 26.

Butts no longer works for the university and was charged in criminal court for his offenses, according to the police report.

Neal McNally, interim vice president for finance and administration, said that the university’s current system to track P-Card fraud is effective, but it is now undergoing improvements to prevent an incident like the Butts case from occurring again.

“It’s important to note that our pre-existing practices are what alerted us to the fraud in the Jeff Butts case,” McNally said. “We have, however, tightened up controls and are monitoring transactions more closely, and we have also ramped up communications with all card-holders and their supervisors to increase awareness.”

Not all employees of the university receive these cards. Cardholders are only YSU faculty whose jobs require them to make purchasing decisions on behalf of the university, and are only authorized use by procurement services if they decide to apply for a card, along with approval from his or her supervisor.

McNally said that anyone in violation of the university’s new requirements will face a 30-day suspension. Any employee that applies for a card is required to undergo training before he or she receives the credit card.

Cardholders will be suspended if they fail to submit a monthly billing-cycle statement before a required date, if they do not respond to audit requests or if they charge “unallowable” expenses. McNally said if they receive two of these suspensions within a year, their cards will be taken away for a longer period of time.

“Privileges will not be reinstated until after their suspension period is completed and the cardholder comes into compliance, completes a new P-Card application and completes additional training. Failure to exercise compliance after reinstatement may result in cancellation, and if they fail to exercise compliance after cancellation, it will result in additional disciplinary action,” McNally said.

Harry Meshel, YSU Board of Trustees member, said that he feels those who are responsible for the cards should report any incident of fraud to a higher authority at the university.

“Anybody who has been given a credit card should be responsible for use of that credit card no matter who that person might be, and they should report to the next person above them and so on until they get up to the president and finally to the Board of Trustees. Some of us are sick of seeing some of that happen,” Meshel said. “There’s not a great deal of it, but there’s enough of it.”

Meshel said that the Board of Trustees does not manage transactions of employees with these P-Cards and that they should be dealt with “to the fullest extent of the law.”

“Frankly, the Board does not micromanage that. It does get out of our sight, obviously, but then it disturbs us eventually when it’s brought to us later that somebody has been using somebody’s credit card for months and no one has been paying attention to it,” Meshel said. “It’s inexcusable, and I think those people ought to be prosecuted to the fullest extent of the law. They’re playing around with state money, students’ money, government’s money. That is not theirs to play with.”

McNally said that he feels the university is doing all it can to cope with the situation using what they already have in place, along with the improvements.

“I believe the university is doing everything it reasonably can do to monitor compliance and mitigate fraud,” McNally said. “P-Card transactions are subject to audit review by the YSU Controller’s Office as well as by our external auditors, and I do expect such reviews to take place frequently and as needed.”