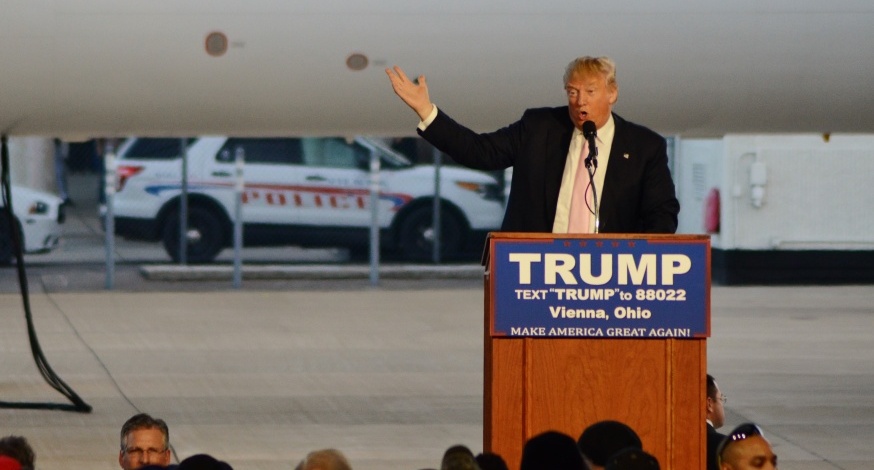 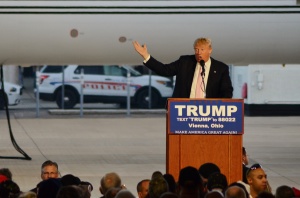 A crowd gathered Monday evening to listen to Republican presidential candidate Donald Trump share his platform in an airplane hangar at Winner Aviation in Vienna, Ohio.

He was joined by recent endorser New Jersey Gov. Chris Christie, who addressed the crowd briefly before Trump took to the podium.

“I’m happy to tell you that tomorrow, you’re going to make Ohio Trump country,” Christie said. “America needs a strong leader to restore our hope and our strength, and there’s only one man to do that, and that’s Donald Trump.”

Christie went on to detail the basics of Trump’s platform; restoring the military, creating jobs and leading the country for future generations.

Trump took the stage, explaining that he chose to campaign in Ohio instead of Florida, his original destination, because he felt secure in his success in the other states voting on Super Tuesday.

“I stayed here, I worked here and I love the people of Ohio,” Trump said. “I wanted to come here and explain a few things.”

Trump reiterated his platform during his speech. He talked about building a wall on the Mexico-United States border, terrorism, the drug epidemic, repealing Obamacare and manufacturing in foreign countries.

Trump addressed his critics as well, saying the only man he couldn’t be a better leader than was Abraham Lincoln.

“Ivanka said, ‘act presidential tonight. When they come at you with things just stand there and act presidential,’” Trump said. “I said, ‘I can be more presidential than any president we’ve ever had except honest Abe Lincoln. He’s tough with a tophat.’”

He ended his rally in Vienna by guaranteeing his supporters that a vote in his favor was a vote for a better tomorrow.

“I love you Ohio. You can make the difference,” Trump said. “Tell your friends, vote for Trump. I promise you, I am going to do such a great job. You’ll look back two years from now, 10 years from now, 20 years from now and say, that was the single greatest vote I ever cast.”