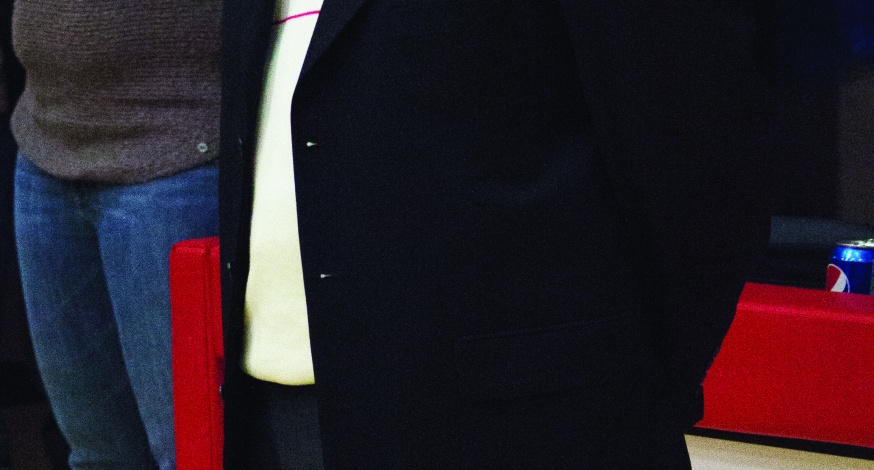 From April 14-16, Tressel will speak at the Ohio State football clinic, a three-day camp where high school coaches and teachers from around Ohio get a chance to listen to members of the Buckeyes’ coaching staff and guest speakers.

Ohio State athletic director Gene Smith said Tressel returned to Columbus once to talk to the football team during Urban Meyer’s first season, but the coaching clinic will be the first time he returned in this capacity since his resignation from his head coaching position in May 2011.

“It’s great. We’re excited for him to be at the clinic,” Smith said. “Actually, he’s spoken to the team under Urban Meyer’s leadership in Urban’s first year. So technically, it’s not really the first, but in this case, yeah it’s the first. We’re excited that he agreed to be a part of the clinic. He has great insight that a lot of the coaches will benefit from and we’re excited we brought him back.”

Tressel said he won’t be there to discuss coaching, but he will speak to the high school coaches about the importance of “education, the role of intercollegiate athletics and general things that would help teachers and coaches” and discuss the history of Ohio State football along with previous coaches.

“I guess they have a portion of it that deals with the history at Ohio State,” Tressel said. “They invited coach [John] Cooper, coach [Earle] Bruce and I to sit in and be a part in that Ohio State history portion — since we’re the three coaches that are still alive.

“… I look forward to sharing some general thoughts from a president’s perspective rather than a coach’s. So I’m gonna have a chance to run down there and spend a half hour with them.”

For those interested in Tressel’s future, he said that this isn’t an indication of an interest in returning to coaching. He said that his hands are full as the president of YSU and his interaction with Ohio State would be limited at best in the future.

“Oh gosh. Urban Meyer doesn’t have time for me, and I don’t have time for Urban. We’re both pretty busy guys but we both, when the time was right, had a chance to interact,” Tressel said. “I got my hands full here, so I don’t have time to get really engaged, but it was nice. I had coached for coach Bruce; he’s gonna be there. John Cooper’s a dear friend and many of those high school coaches and teachers are long, long friends of mine. I’m not sure it’s gonna lead to much other activity but I’ll be happy to share with them some thoughts.”

Smith said Ohio State is glad Tressel was able to come back for the coaching clinic. Smith said the high school coaches would benefit from talking to Tressel and taking his advice.

“Jim was one of the most successful coaches in our history and set the foundation for a lot of the things we’re able to do today,” Smith said. “He had a significant impact on the lives of many of our student-athletes and many of our fans. So having him back is really a pleasure and having him take time away from his busy schedule to come and be a part of our clinic and help high school coaches get better, that shows a lot about him. We’re excited that he’s coming back.”

Tressel said he remembers being in the same position as the young coaches that will be attending the seminar. He said it was beneficial for young coaches to learn from professionals in their field, and he took every opportunity to improve during his coaching career.

“I was always anxious to sit and listen to other people in my profession,” Tressel said. “Also to read journal articles, heck, I would try to read and learn as much as I could, and I always picked up a lot of good things. I always enjoyed going out to clinics and sharing some of the things that we learned and just have good interaction. I think it’s [a] real important component in coaching.”

For Tressel, Ohio State is still an important place. Not just because of the success he had during his 10-year coaching career with the Buckeyes, but the people he had a chance to meet over the years.

“It’s always fun to reminisce, and it’s always fun to see people that you spend a lot of time with,” Tressel said. “Those coaches that will be attending the seminar and the people at Ohio State, many an hour over them with my lifetime. I get calls from people all over the country to speak at their coaching clinics, and I don’t really have time for that, but when it’s a place that I spent so much time, I decided to make time for this one.”