Wednesday, Morticia, Gomez and the other familiar characters of “The Addams Family” are coming to Youngstown State University’s Ford Theater this month for the university theatre’s production of the musical.

In this rendition of the show, the eccentric Wednesday falls in love with an “average” boy named Lucas Beineke. Beineke and his parents go to the Addams’ house for dinner and things go a little haywire.

Matthew Mazuroski, director and chair of the Department of Theatre and Dance, said “The Addams Family” is “spooky, kooky and ooky.”

“I think, ultimately, the story at its heart is about how sometimes love can be very complicated, sometimes it can be very simple,” Mazuroski said. “I think if we close ourselves off to the idea for a variety of reasons then our lives are sort of diminished.”

The cast had eight weeks of rehearsals. The production features many different dance and music styles, such as a tango number.

Last spring, the theatre department performed “Spring Awakening,” a dark production about youth rebellion. For the fall, they wanted to do a light-hearted musical leading up to Halloween.

“We wanted to do it because it’s well known and it’s something that a lot of people will want to come out and see,” Mazuroski said. “It’s not dark. It’s spooky in a silly way, but it doesn’t deal with the heavier themes.”

Jessica Hirsh, a senior musical theatre major playing Morticia Addams, prepared for the role over the summer by watching the original series and both 90s films.

Hirsh said because “The Addams Family” exists in multiple TV series and movies, there was a lot of material for her to study and play off.

“The Addams Family” is a family show.

Hirsh said Halloween is the perfect time for a family-friendly performance, something she doesn’t think YSU has done a lot of recently.

“It’s a telling of characters that we know really, really well in a story that we haven’t seen from them yet,” she said.

Nathan Wagner, a senior musical theatre major playing Uncle Fester, prepared for his role by playing around, trying new things and even shaving his head.

“The costumes, the set and music are all incredible, so it’s going to be a blast from start to finish,” he said.

Fester is a loveable guy who, unlike the other characters, breaks “the fourth wall” and talks to the audience directly. He is the puppet master behind the scenes, always making sure things happen in the way he wants them to.

Wagner said although he and the character Fester are different in many ways, they share a few similarities.

“Fester describes himself as ‘a fat bald person of no specific sexuality’ and after shaving my head for the role I can relate to those first two,” he said.

AnnMarie Lowerre, a junior musical theatre major playing Grandmama Addams, said she prepared for the show by practicing her music and lines at least once a day.

Unlike most other roles, Lowerre said this role is more physically demanding.

“This role has been so different because it’s a creepy old lady, and I have only played an older person one other time,” she said. “I was in a show this past summer with multiple dance numbers, but I felt like this role is almost more tasking.”

Lowerre said people should see “The Addams Family” for the laughter and love the show presents.

“It is kooky, scary and lovely. Words that don’t fit together, somehow work in this show,” she said. 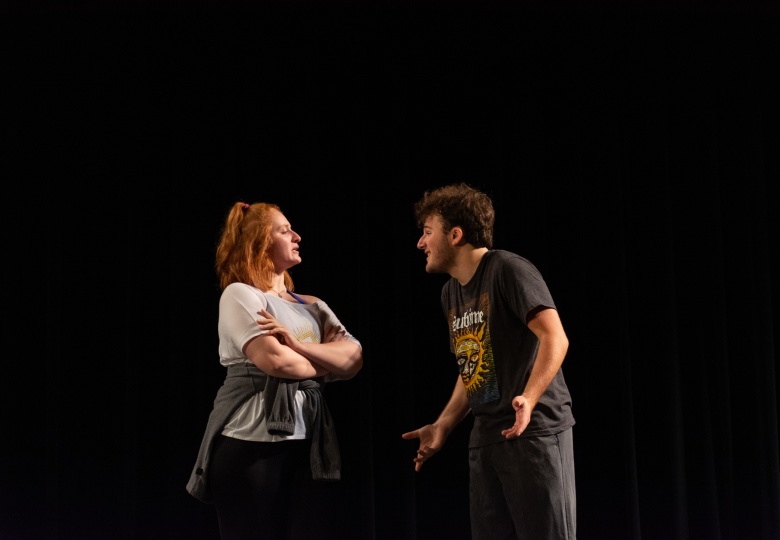 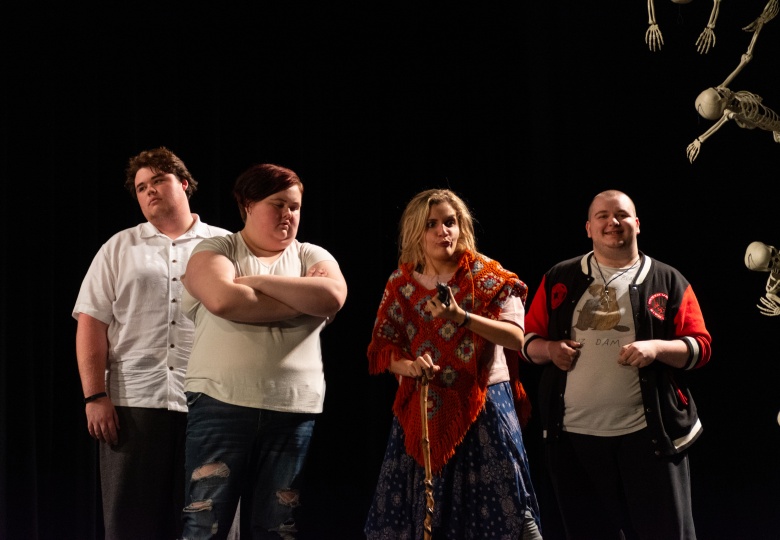 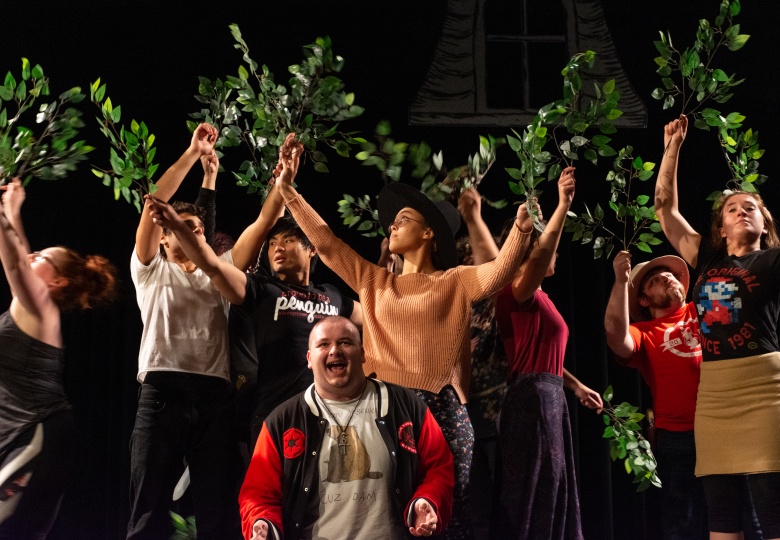 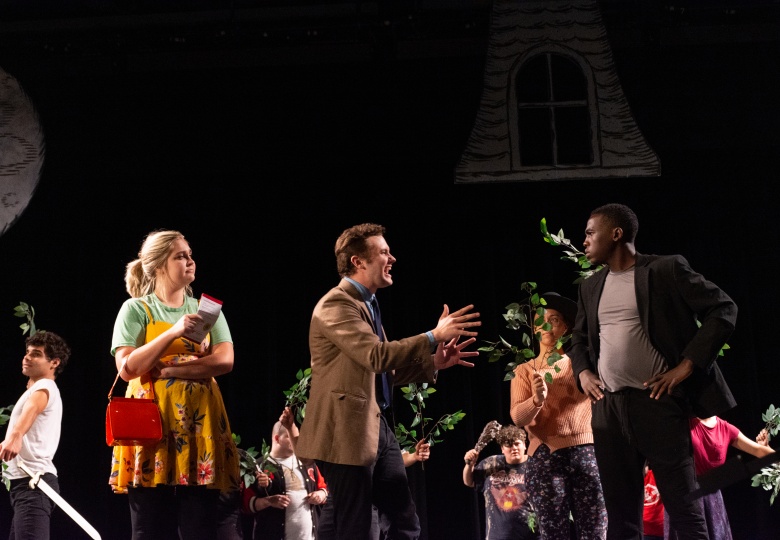