The Youngstown State University Cross Country teams earned many accolades in the 2016 season and look to further their success this year.

The men’s team won its first Horizon League Championship in 2016 along with being ranked eighth in the Great Lakes Region poll. The eighth-place ranking was the highest in school history and placed YSU ahead of athletic powerhouses like Ohio State University and Notre Dame University.

The women’s team finished strong last season with top four finishes in seven of the last eight meets including a fourth-place finish in the Horizon League Championships. 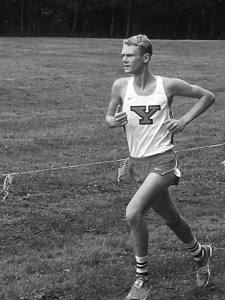 Reigning Horizon League Coach of the Year Brian Gorby said that last season’s success taught him a lot of lessons on how to improve even more this year.

“We have a lot of different athletes with different physiological and mental backgrounds,” Gorby said. “We were able to keep them healthy and even went with much more intense training. We learned a lot training-wise and each year we can get better.”

Gorby plans to redshirt seniors Ryan Sullivan, Alan Burns, Dylan Dombi and James Nedrich this season in order to bring them back next year so that they can compete on an even stronger team.

“This plan should give us a solid seven guys [next year] that can get us in the top 10 or 12 and take the final step to Nationals,” Gorby said about the long-term strategy. “From a cross country perspective, if you can put five guys in the top 10, you will win every meet.”

Gorby also said that the men’s team can contend for a Horizon League Championship this year even without the redshirted runners.

The lack of experienced seniors in this season’s men’s team will force younger runners to step up early and often. Freshman Tyler Polman ran high school cross country in Independence, Ohio where he finished third in the Division III State Cross Country Championships. Polman led the Penguins last week at the Tommy Evans Invitational with a tenth-place finish.

“The training in general and higher mileage will be a challenge,” Polman said about making the jump from high school. “The workouts are more intense and I’m sure there will be bumps down the road, but I’m looking forward to the challenge.”

There are many new faces on the women’s team this season as well. The top four finishers from last year’s team will not be returning to the team this year. Senior Michelle Klim is the top performing returner. She finished 16th at the Horizon League Championships and competed at the NCAA Regional meet last season.

“We are extremely young there,” Gorby said about the women’s team. “We brought in a lot of young ladies but we definitely have a shot to go after top four [in the Horizon League] again this year.”

One the greatest measuring sticks for the Penguins this year will be the Disney World Classic in Orlando, Florida on Oct. 7. Both YSU teams will travel to the “Happiest Place on Earth” and take on some of the greatest competition in the country.

“I’m looking forward to that meet a lot,” Polman said. “It’s a flat and fast course and I actually ran there when I was younger, so I am familiar with the course.”

Both teams will take to the course next on Sept. 30 at the George Mason Invitational.