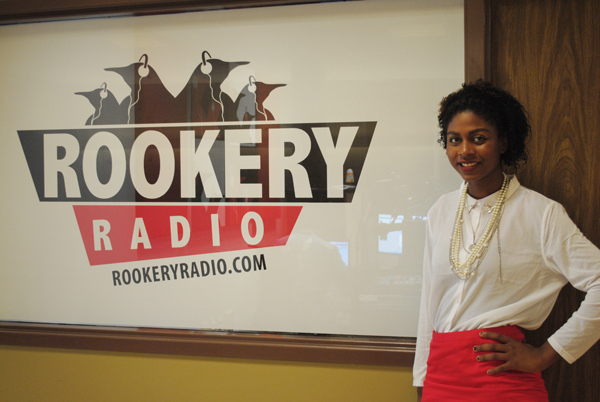 For the past 15 years, Misook Yun, Youngstown State University vocal performance professor, has used her own personal experiences to teach students in the Dana School of Music to discover their inner operatic voice.
Born in South Korea, Yun came from a family of musicians and had inherited her passion for voice and music from their influence. She was the youngest member in her children’s and middle school choruses at her church in South Korea.
“I’ve been singing since I was a baby,” Yun said. “When family and friends would come over to visit, my parents would have me sing for our guests.”
Even though Yun expressed her love for singing at a young age, her parents had other plans for her about her future.
“Most Asian parents either want their child to be a doctor or a lawyer,” she said. “But when I decided to pursue my career, they accepted my love for singing. I’m glad I stuck with it.”
After graduating high school, Yun received her undergraduate degree from South Korea, and then decided to travel to the United States of America to pursue her masters and doctorate degrees in vocal performance from the University of Oregon.
Yun said she was excited when she decided to travel to America to further her education.
“My voice really bloomed when I got to America,” she said. “My singing got so much better than it was in Korea.”
Since then, Yun has lent her voice as a soloist all across the United States and Europe and has also performed in various main roles in operas such as Giacomo Puccini’s ‘Madame Butterfly’ and ‘Tosca’, Georges Bizet’s ‘Carmen’ and Giuseppe Verdi’s ‘La Traviata’.
Yun said that although it is hard to choose which one of her many roles she has played is her favorite, she said three that stand out to her include Madame Butterfly in ‘Madame Butterfly’, Violetta in ‘La Traviata’ and Tosca in ‘Tosca’.
“I can really relate to all three characters,” she said. “I love [Butterfly] because I have performed her so much. Every time I am set to perform her again, I study little details to make her a little different.”
Besides her passion for performing on stage, Yun discovered her love for teaching soon after she began performing. She has taught at the University of Oregon and at Kyung-Ghi Night School in Korea; she has been teaching at YSU for 15 years.
Lauren Cochran, senior music education major, said Yun works with each individual student and combines different techniques to try to get the best sound out of everyone.
“She is the reason why I want to get my master’s in vocal performance,” Cochran said. “She’s my rock and support; without her, I’d have no singing career.”
Emily Alcorn, a senior vocal music education major, said Yun inspires her students to keep going and to not become discouraged along the path to success.
“She is almost like a second mom to me,” Alcorn said. “She helped me grow into not just a great performer but also a great person.”
Yun has also helped Cochran and Alcorn to get accepted into summer vocal programs in Italy and Austria. She said she is glad and very fortunate to work with wonderful colleagues and students at YSU.
“Sometimes, being a performer can be challenging and hard,” Yun said. “I’m so glad I became a teacher to help students develop emotions by using their bodies as instruments and helping them bloom into singers.”