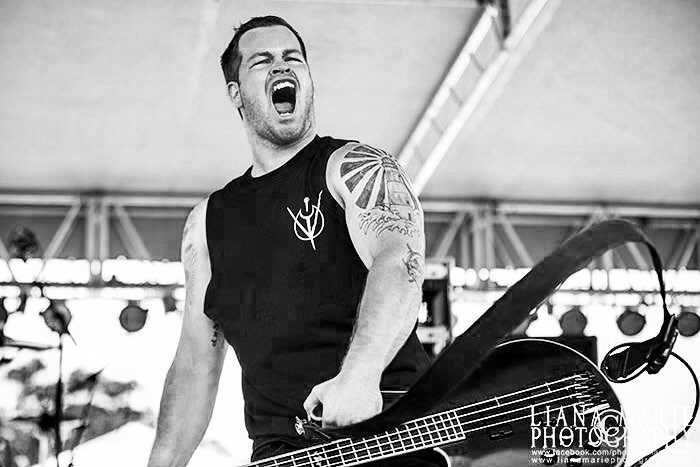 “At the end of the day, people will always make time for what they are passionate about,” Jeff Horton, Youngstown State University’s women’s rugby coach, said.

Horton makes time for two passions: coaching rugby and performing in his metal band, This is a Lifetime.

“It’s been a continuous struggle to not only coach and make music, but maintain a professional job, as well,” he said. “But life is too short to pass up on opportunities, and my thought process was to take advantage of any that I was fortunate to come across.”

This is a Lifetime formed in 2010 and began to play and write pop punk music. After changes in band members, the group’s sound evolved and metalcore emerged.

“Even though we have continuously adjusted our sound, our message has always been based around positive mental attitudes and doing good for others,” Horton said.

“The festival counters suicide, self-harm and self-doubt by promoting unearthed value, unveiled purpose and defiant hope to this generation,” he said.

This is a Lifetime was active and touring until 2015 and performed at other festivals, including Warped Tour and JAMboree. The band was also featured in music publications such as Alternative Press.

When Horton was more active in the band, his days ended at 10 p.m., and he would head to rehearsal afterward as the group’s bass guitarist.

“Truthfully, because I’m not a musician by trade, I have always loved music that involves heavy bass and great rhythms, so it just made sense for me to pursue bass guitar,” he said. “With the style of music we play, playing bass also allows for me to bring lots of energy to the stage.”

Horton believes keeping metal music alive is important because of the positivity and diversity of the metal community.

“Naturally, [metal] isn’t everyone’s cup of tea, but the culture and bonds associated with this particular style of music are second to none,” he said.

Kaitlynn Sloan, a junior international business major and women’s rugby team member, is impressed Horton balances his job with his love for rugby and music.

“I think having a creative and athletic side gives a chance to really express yourself,” she said. “And although both are great alone, it’s always a good idea to have more than one outlet to vent stress and express your emotions.”

Sloan said Horton has encouraged the rugby team members to attend This is a Lifetime’s upcoming reunion performance at The Foundry in Lakewood, Ohio.

“The first time I heard about [Horton’s] band was from teammates when I first joined,” she said. “He never really mentioned [the band] until he announced a few months ago that he would be playing with them again.”

“A lot of [the team] is interested to see and support the part of [Horton’s] life that isn’t playing or coaching rugby,” she added.

This is a Lifetime will perform Dec. 20 and feature Horton on bass guitar, Stevie James on vocals, Mike Oiler on lead guitar, Morgan Patterson on rhythm guitar and Jordan Marich on drums.