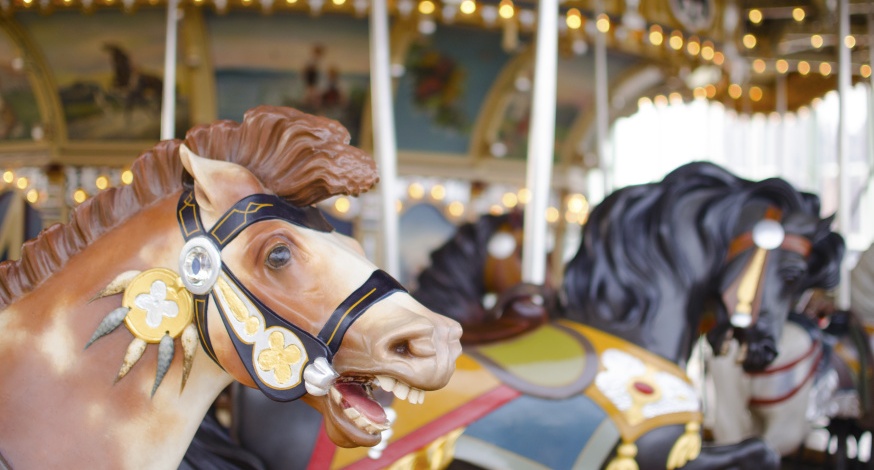 “Let me guess, you’re from Youngstown?” the attendant asked.

“We have a special book for you guys.”

Every summer my mother took my siblings and I to the amusement park at Geauga Lake for St. Elizabeth Hospital’s employee picnic.

Surrounded by wooden roller coasters and carnival games, it was inevitable that the atmosphere would trigger a memory in one of the adults of their childhood adventures at Idora Park.

Then, like a dam collapsing, a flood of stories would wash over the little patch of grass where the picnic was held. Everyone over a certain age had their own story of the little amusement park, and for those of us kids who were listening. We would think, “They were so lucky to have their own park.”

My siblings and I regularly heard stories from my mother, who recalled summers at the park, dancing in the ballroom — at one time the largest dance floor between New York and Chicago — and her childhood dream to one day own one of the horses from the park’s carousel.

Stories of the old days are common among every group everywhere, but Youngstown especially loves to bask in the comforting glow of nostalgia.

Mark Sweetwood, managing editor of The Vindicator, once said, “If you ever want to write a story that’s sure to be read, cover the anniversary of something that happened a few decades ago. Youngstown people love to read about the past.”

And why shouldn’t they? For decades the most notable positive feature Youngstown had to boast about was a bread company and the city’s mention at the end of Martin Scorsese’s “Goodfellas.” Even that only made it into the movie due to Youngstown’s most notable negative feature: the mob.

Living in the past was easier. Remembering Strouss Hirschberg’s department store downtown was preferable to confronting the smoking sewers and abandoned storefronts of Youngstown in the ‘80s and ‘90s. Thinking of the prosperous steel mills and foundries was more comforting than facing the modern reality that Mahoning Valley residents on average earn less than half the average Ohioan’s annual salary. 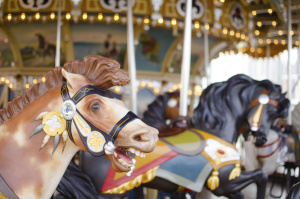 Maybe it’s the tragedy of the Wild Cat fire, or maybe it’s the simple purity in the idea of a local amusement park that keeps the memories alive, but no piece of Youngstown nostalgia is so loved and so missed as Idora Park.

Opening in 1899, Idora Park — at least the iteration of the park that conjures happy memories — closed two years before I was born. By the time I was curious enough to visit, everything that might have resembled an amusement park had long since been sold off or burned down.

Despite this separation, a fascination and longing for the park exists in people my age and even younger.

In 2014, a group of 80 hikers gathered on a trail in Mill Creek Park to celebrate the 30th anniversary of Idora Park’s closing. Rick Shale — a retired Youngstown State University English professor and an authority on the park’s history — gives lectures on the park and describes kids as young as 10 and 12 expressing interest in the bygone summer destination.

Shale is one of the guardians of Idora Park’s memory. His book, “The Last Ride of Summer,” and lectures about the park serve as historical accounts for those curious about its heyday.

Jim Amey, another guardian, along with his wife, has what is almost certainly the largest collection of Idora Park memorabilia anywhere. Displayed in his Idora Park Experience museum, a few weekends every year those seeking a more tangible connection to their memories can visit the storehouse of artifacts from the old park.

Amey’s collection includes old cars from rail rides, trains, posters, pictures and signs. It’s an impressive collection and while some may see it as a simple amassing of memorabilia, Amey is doing valuable historical work for the citizens of the city.

Memories of Idora Park — or even knowledge of its existence — have no reason to spring up or cause influence outside of the Mahoning Valley. Yet as so many other cultural phenomena in Youngstown — cookie tables, wedding soup, Briar Hill pizza — have done, the influence of Idora Park managed to escape the confines of the Valley.

The year the park closed, an auction was held to help turn a profit on the remaining rides and other physical property held within. One of the park’s iconic rides — the carousel with hand carved horses and panels built in 1922 that my mother so loved — was to be sold off in pieces during the auction.

Rather than allow the dismantling of the old carousel, Jane and David Walentas — the latter a neighborhood developer in New York City — purchased the entire ride.

At the time, David Walentas was working on a master plan for the now merged Empire Fulton Ferry Park and Brooklyn Bridge Park in a small Brooklyn neighborhood on the shores of the East River. His plan called for a carousel, and so they bought a carousel.

Following the purchase, Jane Walentas and her team worked for over two decades to restore the carousel. Over 60 years of grime and weathering left the 45 horses in a battered state. To ensure the original hand carvings weren’t destroyed, Walentas used an X-Acto knife, rather than a sander, to chip away the layers of dirt and paint.

The panels lining the circumference of the ride’s canopy received the same treatment. The mirrors were reglazed, the structural details reconstructed, and horses repainted to their original colors.

The carousel, as originally built by the Philadelphia Toboggan Company in 1922, was essentially reborn on the banks of the East River.

Once the carousel was ready to open, a large glass pavilion was built next to the East River — practically in the shadow of the old steel and cables of the Manhattan Bridge — to house the ride. The pavilion both protected the ride from the elements and ensured riders could enjoy the carousel year round.

Since then, the carousel caught the attention of major media outlets and celebrities alike. Both Martha Stuart and Mila Kunis have done photo shoots on the carousel. An episode of the television show “Glee” featured a performance sung from the ride. Harper’s Bazaar, the New York Times and Travel and Leisure have all written about the curious carousel sitting between two of New York’s most iconic bridges.

Then, in 2015, with much less media attention and a dearth of music from the Glee club, I finally joined the ranks of those who’ve ridden the carousel.

The Present of the Past

During a trip to New York in March for a college media conference, three of my friends and I left our hotel in Midtown to visit Idora Park’s final ride.

After a subway ride to Brooklyn, we followed the East River to find the carousel. Wandering past construction sites and passing under the Manhattan Bridge, we caught our first glimpse of the carousel’s crystalline pavilion sitting like a sacred monument on a flat patch of concrete near the river’s edge.

I entered the pavilion, feeling as though I was about to complete a pilgrimage to some holy site, and approached the young woman selling $2 tickets to the carousel.

I asked the girl for permission to photograph the ride and tried to explain why a 28-year-old man who looked like a homeless lumberjack would want to take photos of a ride primarily patronized by children. She needed no explanation. She guessed I was from Youngstown, and presented me with a special book for people like me.

“We have a special guestbook just for visitors from Youngstown,” she said, handing me a black binder. Scrawled inside were pages of messages from Youngstown visitors expressing their excitement and gratitude for having another chance to live the memories that meant so much to them.

She handed me another book, this one a large binder filled with media pieces about the ride. Many were from Youngstown, including several pieces from The Vindicator.

The gesture was simple — a little guestbook and recognition of the ride’s hometown interest — but elicited from me a profound appreciation for those who kept the ride alive.

Their respect for the physical ride was admirable, but their understanding of the importance of the artifact to those who grew up with it was legitimately touching. They got it. They understood.

I wrote, “Thanks for keeping our history alive.”

My friends and I bought our tickets and took the ride. The original records playing the carousel music had long been lost, now replaced by an iPod and speakers, but the rest of the ride was as classic as a carousel ride can get.

While the ride spins, the massive Manhattan Bridge passes in and out of sight. Then the Manhattan skyline fills your view before giving way to a vista of the Brooklyn Bridge’s span. As that leaves your eyeline, you come face to face with DUMBO, the neighborhood where the ride was brought back to life by those who understood why something so old and so outdated deserved so much work to revive.

During my ride, one of the ride’s two chariots sat a few feet ahead of me. It was occupied by a mother and her young son seated on her lap. As the bridges and buildings whirled by to the organ-rich carnival music, I thought of my own mother’s stories of the ride, glad to know another mother would have her own stories to pass down about her time on the old wooden carousel. 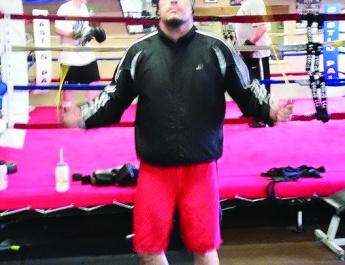