With regional, state and national recognition of The Jambar newspaper, a new online media platform will be coming to the screens at Youngstown State University to highlight community and campus news coverage, known as Jambar TV. 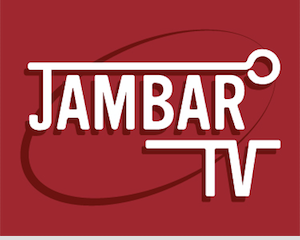 Jambar TV will feature weekly news, arts and entertainment, interview segments and sports content to showcase the connections made at YSU and throughout the city of Youngstown.

Rachel Gobep and Alyssa Weston, senior journalism majors, attended a national media conference in Louisville, Kentucky, where they learned about the benefits of different media platforms on college campuses.

Weston’s role as the executive producer of the show helps her connect ties between the paper and the newscast because the newspaper reporters provide the content for the show.

Weston said the development of Jambar TV was an effort between the students and the staff members in the journalism and telecommunication departments.

“[Rachel Gobep] and a few others decided to make the show happen after we went to a conference in Louisville,” she said. “After we saw what all of the other schools were doing, and the impact TV has on other colleges, we decided that we wanted to be a part of that.”

According to Weston, understanding journalism in all capacities is crucial to gain a better understanding of different news platforms.

Dante Colella, a senior sports broadcasting major, said his role as a co-director and technical director will help him learn how to work with others and think on his feet.

“I call the shots while we are onair,” he said. “Having a show such as Jambar TV definitely is vital for us because it gets us practice going into the real world and experiencing it in a high-pressured situation.”

Colella’s main goal is to improve each week and hopes the cast and crew of Jambar TV can grow together by the end of the school year.

Amy Crawford, electronic media adviser for Jambar TV and telecommunication professor, said this is a wonderful opportunity for the students, the department of communication and the community.

“With Jambar TV, we will be able to tell stories in innovative ways, while giving our students hands-on experience with multimedia journalism.”

“It’s a collaborative project that will provide our students with even more choices for accessing reporting about campus,” she said.

Ryan Donchess, media engineer for the department of communication, instructs students on the technological side of constructing a newscast such as operating cameras and managing audio boards.

Donchess said the purpose of Jambar TV is to allow students coming through the media programs at YSU to gain real world experience.

“We’re trying to get all of that experience for students that you would get at a station into our facility here,” he said. “Gathering news, telling stories, highlighting the great stuff that we do here at YSU… this is really the way to do that to a mass audience.”

According to Donchess, his goal for the first season of Jambar TV is for students to learn the ropes of how the news industry operates.

“My hope is that [students] learn something about putting a newscast on, and I think we can do that,” he said. “The bigger thing is to develop each week into telling better stories with everyone that’s a part of this.”

Donchess said there were new renovations to the TV studio, which required help from a professional set design company in Florida.

“They came up with our new TV studio, which is very versatile for our newscasts and other productions we do,” he said. “We have new LED lights, digital audio system that’s two years old now, new pedestals on the cameras and much more of what you would find at a station.”

Jambar TV will be airing a weekly newscast every Friday at noon on thejambar.com and other social media platforms.

YSU will launch the newscast on Friday, Aug. 23 at noon, and to celebrate the event, the Office of Student Media is hosting a launch party at the fountain area outside the doors to Kilcawley Center’s Chestnut Room.

The event is free and open to the public. Parking is available for a nominal fee in the parking deck on Wick Avenue.