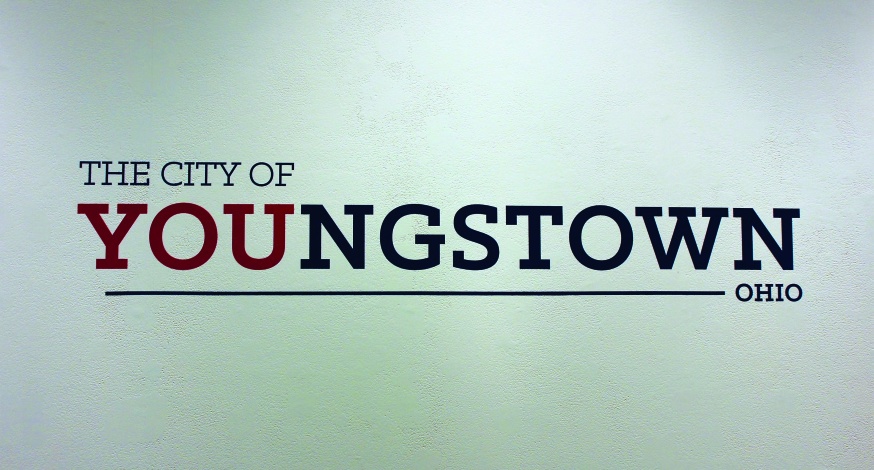 RJ Thompson, a Youngstown State University assistant professor of graphic and interactive design, said he decided it’s finally time for a change in the city that has changed him.

His plan is called “The City of You,” and it will focus on changing the negative perceptions of the town by rebranding Youngstown and telling individual stories of its citizens.

“In Youngstown, the people are the life-force. They’re the blood of the city, so essentially it’s ‘the city of you,’” Thompson said. “Everyone’s got a story to tell, and I want to bring those stories out.”

It all began about a year and a half ago with a partnership between the City of Youngstown and YSU’s Regional Economic Development Initiative.

Dominic Marchionda, city and university planning coordinator for REDI, took ahold of the reins with his team to develop a plan for how to tackle the challenge of revitalizing of the city.

“We studied different strategies peer cities are implementing that have faced the same suffrage and are about the same size of Youngstown in terms of post-industrial, chronic abandonment, vacancy issues and disinvestment,” Marchionda said.

Marchionda said he also found that many of the luxuries that most people take for granted, such as access to capital, financial literacy and even broadband, were scarce in the neighborhoods.

The first order of business was to begin a rebranding campaign to show citizens that with the new leadership of the city, change really is coming.

Thompson began by redesigning a new, modern logo for the city. He said he wanted it to be something that all of Youngstown’s citizens could take pride in.

Thompson’s design firm, Youngstown Design Works, along with help from REDI, was able to work through the larger strategic planning effort and quickly determined the direction they would take. 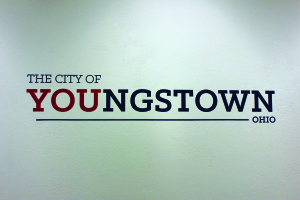 Mayor John McNally, who praised the idea in its origins, has approved the campaign’s continuation.

“A marketing campaign like this can change the way we think about the city itself,” McNally said. “It’s not just a seal. It can be something to each one of us. It’s all about changing perceptions.”

McNally understands Thompson’s concept of focusing on the neighborhoods to better the city, and a focus on the citizens themselves helping to create a better Youngstown.

“We needed to get out into neighborhood groups across the city,” McNally said. “I wanted different viewpoints, and, by and large, everybody understood what the message of the campaign is: It’s all about you, and what you want to make this city be.”

The City of You campaign encourages all of Youngstown’s residents to reach out and become a part of the betterment of the city.

“You don’t have to be an art person or an economic developer or a planning person to be involved,” Marchionda said. “You just have to be authentic and willing to roll up the sleeves.”

Of course, any project of this size will take time, effort and certainly a good budgeting plan, but Mayor McNally said the budgeting is already in the works.

“It’s not a cheap proposition to do a marketing campaign like we want to do,” McNally said. “It’s not enough to put things on social media or put a couple of banners up. We need a concerted effort. Our Community Planning and Economic Development Division is requesting in our 2016 budget around $100,000 to commit to a larger marketing program based on the City of You campaign.”

Luckily for Thompson’s campaign, the project isn’t starting from scratch. There are so many untapped resources that can help raise the perception and cultures of Youngstown.

“We have the second largest metropolitan park system [in the U.S.] with Mill Creek Parks,” Marchionda said. “We have world-class museums. Butler Art, McDonough, Stambaugh Auditorium. We have a 30-acre historical park on our city’s north side. We have the Covelli Centre, which brings in everything from monster trucks, to Elton John. Historic buildings being rehabbed and an amphitheater planned along the front of the Mahoning River.”

In past years Youngstown has been infamous for the commonly reused phrase, “There’s nothing to do here,” but the city is finally turning over and becoming a desirable home, rather than a burnt-out former steel town.

“Our biggest challenge is the perception of being a former steel town with all the problems that stem from industrial decline,” Marchionda said. “This campaign will tell people, ‘you can own a house here, you can start a business here, you can be a parent here, you can live, work and play in Youngstown.’”

As for the people that already live, work and play in Youngstown, Thompson wants to tell their stories and have everyone be heard through a series of podcasts.

“We’re asking, ‘How has Youngstown transformed you? And how, in turn, are you transforming it?’” Thompson said.

The podcasts can be found on the John J. McDonough Museum of Art’s website, YSU’s art department website, the City of Youngstown website and eventually iTunes podcasts.

Once the budget is approved, the official launch is planned for this spring, and businesses and neighborhoods will be incorporating the City of You logo into their own brands.

“We want people that are choosing to live and work here to tell their story to the rest of the country and the world,” Marchionda said.