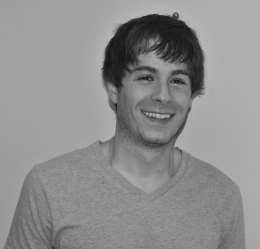 I often wonder if a person is defined by nature or nurture. I suppose it’s a question no one can answer, but just think about it.

To whom should we credit the tapestry that is our personality? Are we raised to be a certain way, or are we born a certain way?

I think about the way I was raised: my mom stayed home to raise my brother, while my dad worked two jobs. I was taught to be respectful and to study hard, and I knew better than to tempt my dad with my misbehavior.

I like to think that someone’s personality is the culmination of the people he has met, learned from and let into his heart. This is why I have so much fear for American kids growing up in a society where the personal relationships that should shape their characters are so inorganic.

Let me explain. Those of us who are now in college spent our fragile elementary years making friends and developing relationships the old-fashioned way — in person.

Spending intimate time with a person is the only way to learn some things about that person. Nowadays, kids grow up with the ability to text, tweet and update Facebook statuses, effectively eliminating the need for personal contact.

Think about it; it has impacted my generation tremendously. Imagine what it is poised to do to the impressionable young minds growing up with it.

For instance, how do you know someone’s birthday? I’m willing to bet that without Facebook you normally wouldn’t.

And when you do realize someone is having a birthday, writing “happy birthday” on his or her Facebook wall has replaced the joy of cards, phone calls and the personal connection warranted by celebrating someone’s birth.

As technology grows, our society loses the things that make people come together. Think about texting; it seems to me that cellphone technology evolved in reverse.

But, in our digital age, we took a device that allowed people to talk to whomever they wanted, whenever and wherever, and we gave it the ability to send typed messages.

I don’t think you can really know someone through text messages because it takes seeing someone’s candid reactions and impulsions to see who a person really is.

I just hope young people realize they can’t rely on technology for growing socially because it seems like the popularity of texting is a product of people now lacking the spontaneity to conduct a confident face-to-face conversation.

I used to complain that video games, like “Guitar Hero,” would replace the need for a kid interested in music to ever pick up a real instrument.

I put that argument aside now for a more important one: Technology as a whole is corrupting the nature of society and turning people into scatterbrained recluses who would rather communicate indirectly with their thumbs than directly with their mouths.

It doesn’t seem like technology is going to plateau anytime soon, but it does seem that technology is eroding the perceived importance of personal interaction.

I believe we are all shaped more by nurture than by nature, which scares me now because I believe young people are no longer nurtured and enriched by personal intimacy and the lessons it can bring.

When I post this column on my Facebook as I always do, the same social network I have bashed throughout this piece, I encourage you to learn from it and do more than leave me a comment. I’ll be waiting for your phone call.