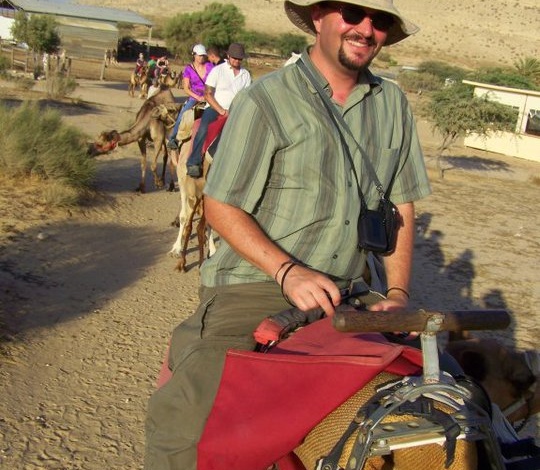 Matt O’Mansky said he knew he wanted to be an archaeologist when he was 10 years old — and he followed through.

“I’d seen King Tut’s treasures at the Smithsonian … so it was always in my mind that I want to do this,” he said.

O’Mansky is the chair of the sociology, anthropology and gerontology department at Youngstown State University and said he has traveled to numerous countries including the Bahamas, Belize, China, Egypt, France and Guatemala for field work since the 1990s.

He said the first time he experienced field work in Central America was in Belize, while studying for his undergraduate degree at Indiana University. He spent three months there in 1990.

“[Belize] was my first chance to do archaeology and I loved the experience. I just fell in love with the Maya, the ruins, the artifacts, the jungle and just everything about it,” O’Mansky said.

During graduate school at Vanderbilt University, O’Mansky said he began to go on Guatemalan excursions in 1994 and has gone almost every year since.

“The professor I wanted to work with at Vanderbilt, Arthur Demarest, is among the top in the field. He works in Guatemala and I was on his project,” he said.

To this day, O’Mansky said he still performs fieldwork with Demarest. 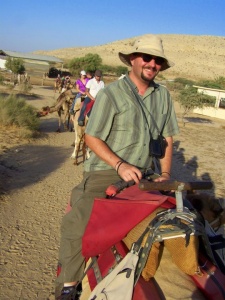 “He is the reason I wanted to go to Vanderbilt and I’ve had incredible experiences with him,” O’Mansky said.

O’Mansky said one of the best archaeological finds he has had was with a U.S.-Guatemalan team in Cancuén, Guatemala, which is the central sight he is working at now.

He said there had been some earlier work where people had mapped small parts of the site and realized there was a palace.

Today this palace is known as Tajal Chan Ahk, and O’Mansky said it is one of the largest Mayan palaces ever built with about 200 rooms.

O’Mansky said when the palace was mapped, it was during the rainy season and snakes come out more. He said the Guatemalans would make fun of him because he would wear snake guards.

“There are lots of snakes, most are innocuous but some will kill you …We come across the corner and there’s a six-foot-long barba amarilla, which is a pit viper,” he said.

He said he takes students to perform archaeological excavating and field work during spring break in the Bahamas and Guatemala, and some summers in Guatemala. He said some students have accompanied him numerous times.

“It’s commonly said that you don’t learn archaeology in a classroom, you learn it by doing it in the field through field schools,” he said.

According to a Jambar article in 2012, Sara Weigel, a former YSU student, traveled to the Bahamas with O’Mansky and went on an excursion to Guatemala in 2012. She said her favorite memory was ziplining over Lake Atitlan, while surrounded by volcanoes.

He said he brings two to four students with him to Guatemala during the summer, but many more students are able to attend spring break excursions in the Bahamas and Guatemala.

O’Mansky said it is about the experiential learning for the students. 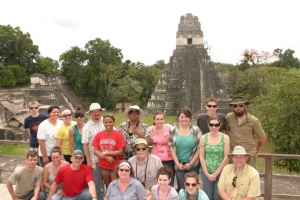 “Every two or three years we’ll do a trip [in Guatemala] usually during spring break for about 10 days and we’re not doing archaeology, but it’s an optional add-on to my Maya class,” he said.

O’Mansky teaches a range of anthropology courses, including field classes and said he always goes back to the Maya and case studies he has conducted when giving examples in class because it is what he knows best.

O’Mansky said he will be doing field work in Guatemala this summer.