The election on Tuesday will mark the beginning of the end of Barack Obama’s presidency, even though the inauguration of his successor doesn’t occur until Jan. 20. With this in mind, we asked several Youngstown State University students to reflect on his legacy. 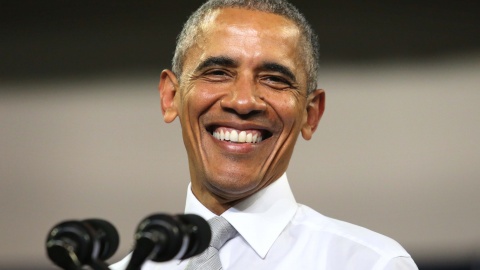 Dylan Edwards, president of the YSU College Democrats, said he was proud to call Obama his president. He believes history will look kindly upon his time in office.

“The impacts of Obama’s presidency will continue to affect the country long after he leaves,” Edwards said.

Other students, like Laurencia Canzonetta, president of the YSU College Conservatives, said he didn’t meet presidential standards. She cited the recent premium hikes in the health care marketplaces created by the Affordable Care Act.

“Millennials are being fined by the government, and married couples are getting big increases in Obamacare premiums,” she said.

Edwards said the ACA was beneficial for many Americans, but he wished the bill had included a public option.

YSU student Connie Buck said the ACA’s measure requiring insurance companies to cover individuals with pre-existing conditions benefited her family. Prior to the legislation, her parents’ insurance wouldn’t provide coverage for her brother because he had asthma.

“I feel like [healthcare] should be a basic human right,” she said. “The Affordable Care Act has some good things and bad things, but it’s miles better than what we had before.”

“Everyone should have that accessibility without going into extreme amounts of debt,” she said.

James Mullarkey, vice president of YSU College Conservatives, applauded Obama for contending with the recession during his first term, but he said he was not impressed by the amount of jobs created.

Canzonetta said young Americans will have to face the $9 trillion in additional debt accumulated over the past eight years.

Obama also vetoed the construction of the Keystone XL pipeline because of the potential environmental damages, which doesn’t sit well with Canzonetta.

“Obama unilaterally stopped the Keystone XL pipeline, [which] would have produced a minimum of 20,000 jobs with not a single penny of taxpayer money,” she said.

However, Buckler said she appreciated the actions Obama took to preserve the environment. She said it was important to her to have a president with eco-friendly values that fights to stop global warming.

When it comes to foreign policy, conservative students seem to agree that Obama wasn’t aggressive enough. Canzonetta and Mullarkey suggested his withdrawal of troops from Iraq gave an advantage to rising terrorist groups like ISIS.

“Our departure from the Middle East was very hasty and led to insurgency,” Mullarkey said.

Mullarkey discussed his distaste for the “Obama Doctrine,” which outlines the president’s foreign policy principles.

He said this has led to distress in the Middle East, particularly the civil war in Syria. Mullarkey thought Obama should have intervened after Syrian President Bashar Al-Assad used chemical weapons on his own people.

The Iran Nuclear Deal also draws mixed reactions from people. Mullarkey said it’s an example of how the U.S appeases to adversaries, which leads them to becoming greedier.

“Some people think it’s the best diplomatic agreement in Obama’s tenure, but getting rid of the sanctions so quickly was a mistake,” he said.

Buck, on the other hand, supports the Iran nuclear deal. She said she agrees with the president’s support of diplomacy over war.

“I don’t think America is necessarily the world’s police,” she said. “I think he showed a lot of leadership and courage by not just declaring war and running in, he thought about it. He is meticulous and strategic.”

Edwards said people often overlook Obama’s picks for Supreme Court — Elena Kagan and Sonia Sotomayor. He said they made positive contributions to the country, particularly with the legalization of same-sex marriage.

“It was a new outlook on the judicial matters of the country,” he said. “Due to those two court picks, we gained marriage equality for LGBT [individuals].”

Edwards said there were some things he would have liked to see happen during his presidency that weren’t fulfilled, such as the closing of Guantanamo Bay.

He made the point that other presidents have moved away from traditional democratic values, but Obama is a “true liberal.” This appeals to some citizens, but serves as a point of contempt to others.

“Obama is the most liberal president we have had since Lyndon Johnson,” he said. “And with that you have the … energy that really pushed Americans out of the recession and pushed them to try and find that better union that we have to seek as citizens.”

Buck said she will miss Obama. She thinks he is more genuine than the two presidential nominees. Because he was the first black president, she said he had to work harder to prove himself.

Outside of the birther movement, she said there weren’t any real scandals during his presidency.

As an after-school teacher, Buckler said it was nice for her students to see a president that shares their skin color. She said Obama is her favorite president, and she appreciates the diversity he brought to the country.

Edwards said he looks forward to Obama’s next move.

“Yes we are saying goodbye to Obama as a president,” he said. “But we are going to see what he will do as a citizen.”