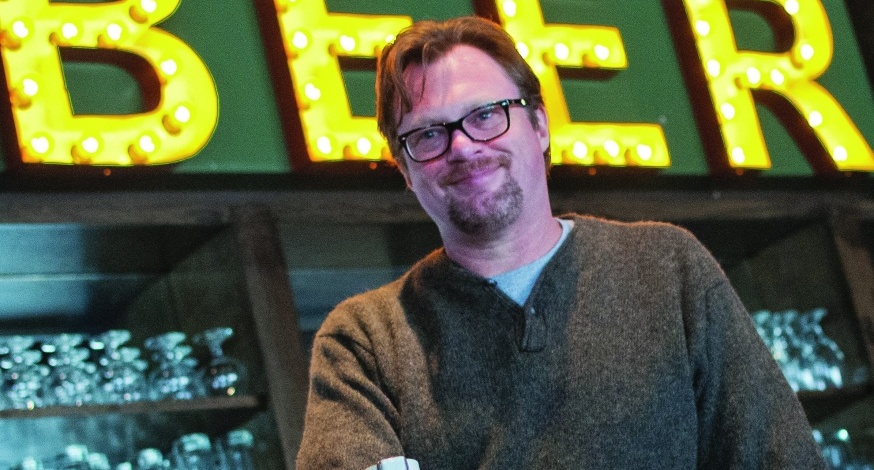 Andy Tveekrem developed a love of beer in college.

“I went to college in Wooster. There were not a lot of beer places available in the ‘80s, so I got really interested in

beer,” Tveekrem said. “I took a semester abroad in Germany and learned a lot.”

“Like other graduate students, I couldn’t really afford beer, so I started making my own,” Tveekrem said.

What started as a hobby became a passion, and decades later he serves as brew master for the Market Garden Brewery and Nano Brew Cleveland on West 25th Street in Cleveland’s Ohio City neighborhood.

“After [college] it started snowballing, it took five years to transition from a hobby to an actual career,” Tveekrem said. “I started working at Great Lakes Brewing Company in 1991. The guy who hired me, the head brewer, after six months went to work out west so I took over his job and was there for nine years.”

Following his nine years at Great Lakes, he served as brew master for the Frederick Brewing Company in Maryland and Dogfish Head Craft Brewery in Delaware before returning to Ohio to start his own business.

He will deliver a TED talk at Youngstown TEDx about how breweries can improve economic development in impoverished areas.

“Brewing companies help revitalize impoverished areas,” Tveekrem said. “You have these run down neighborhoods in the inner core of the city, and they need some kind of a spark or anchor to start the revitalization process. Breweries can do that.”

One factor that played into his decision to get into brewing was that breweries tend to last longer than other food-associated business ventures.

“A restaurant’s life expectancy is usually three years. However, a brewery has less than a 25 percent failure within the first seven or eight years. There is a longer life expectancy than other places that have food or alcohol,” Tveekrem said.

Tveekrem continues comparing it to the restaurant business.

“In a brewery you have all the elements of a restaurant, creating a nice atmosphere for food and interaction … However, the advantage of a brewery is that you make your own beer,” Tveekrem said. “It has a lot of elements for attraction for people, people who want to eat at a nice place and not have to walk somewhere else to get equally great beer.”

“Great Lakes is about 150 yards from our location; it is basically a great anchor for this community. Market Garden started in 2010 and opened in 2011. It really opened up this neighborhood. You are right on West 25th Street, and it brought a lot of people’s eyes to the area,” Tveekrem said.

He said he has seen the positive effects breweries can have on a neighborhood firsthand.

“Before it used to be a low lit area; you kind of had to go through abandoned buildings and dumpsters just to get to the parking lot. People would just hang around, and so nobody wanted to be there. But once we opened the business, within three years, 50 percent vacancy of businesses in the area became zero, and it was an amazing and eye opening thing to see,” Tveekrem said.

The neighborhood improvements build on what drew Tveekrem to start a brewery in the first place, creating experiences.