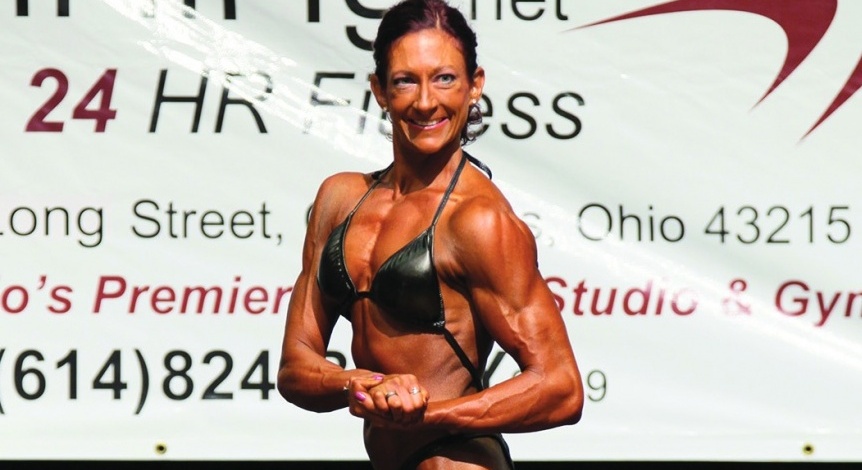 Brandy Schumaker, assistant director for fitness and wellness programs at Youngstown State University, has made working out and bodybuilding an important part of her life. Her TED talk will discuss how women can be 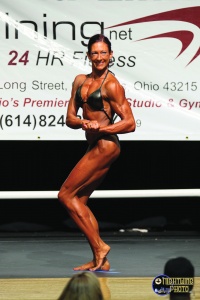 strong, be beautiful, be mothers, be successful in their careers and still love themselves.

Schumaker graduated from the exercise program at YSU in 2001. She met her husband after taking a job at the John S. and Doris M. Andrews Student Recreation and Wellness Center, and they pursued bodybuilding together.

“After two years of training together, we went to a couple of bodybuilding shows because we were interested, and it was giving us something to work towards,” Schumaker said.

She began competing in 2007. Training for bodybuilding became a priority. She started from the bottom and worked to get where she is today.

“I knew I always wanted to do bodybuilding, but I didn’t think I was big enough or strong enough to do it,” Schumaker said.

Bodybuilding is a rigorous sport, and it has been important to Schumaker to grow and become stronger in a healthy way.

“The organizations we work with are completely natural and always drug tested,” Schumaker said. “They do a polygraph test before you even compete, and depending on what you are doing, you are doing a urine test as well. I was lucky that when I wanted to become a bodybuilder I found these natural organizations.”

The organizations she works with refer to the “physique” bodybuilding category.

Schumaker and her husband opened up a fitness studio in New Middletown, Ohio in 2011. In that same year, she reached the professional level.

“I won my pro card in 2011 at Cardinal Plaza here in Youngstown in bodybuilding. In 2012, I did my first pro show in Austin, Texas. That same year we did our first strongman competition,” Schumaker said.

In 2013 Schumaker found out she was pregnant with her daughter, and that presented a rewarding challenge for her.

She said the transition following the pregnancy was difficult. She worked out every day until she went into the hospital, but she wasn’t able to for six weeks following the delivery.

“I work out six days a week, sometimes seven depending on my training. Reality was hard because I knew I was gonna have a baby, but that realization of not being to work out was hard,” Schumaker said.

Getting back to work also took some adjustment from Schumaker, but she was able to make it work with support from her husband and family.

“It was hard leaving my daughter. She depended on me, and it was an adjustment balancing being a mom, being at work, training and competing,” Schumaker said. “I decided that it just had to be a part of my day.”

She said she wants to teach her daughter what she’s learned and pass her strength onto her. Her talk will focus on how bodybuilding can help women achieve inner strength as well as physical strength.

“My talk is about creating strong women. Me competing is about me being strong and efficient at this sport, but it’s also about what competing has done for me personally. It’s created a stronger me,” Schumaker said.

She said she hopes it will show women that there is a beauty in bodybuilding beyond brutish strength and bulging muscles, drawing on research about weight training and endurance training.

“I want to show women that they can still wear a dress and do regular things. But if you want to be strong, lift things and be good and efficient at it that is also an option, ” Schumaker said.

She said she understands that not everyone likes the way she looks and she’s OK with that.

“If I am happy with the way that I look, if I like being and feeling strong, then I am going to find something that I am comfortable wearing,” Schumaker said. “If people don’t like the way my arms look, so be it. I am who I am — I like the way that I look. I work hard to get this muscle mass, and I am not going to hide it to make people comfortable.”