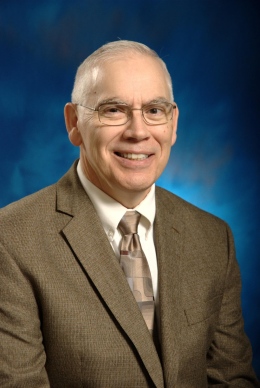 Despite his lengthy list of credentials, he has yet to upgrade to a smartphone.

“You don’t want me driving down the highway on a smartphone,” Schindler said. “I’m not that clever, and I don’t want to hurt anybody.”

Despite his lack of an increasingly common electronic device, he keeps his pointer finger on the pulse of technological developments.

“It’s a field that turns over every three to five years,” he said. “That’s part of the appeal to me is the challenges.”

Gene Grilli, vice president for finance and administration, explained that the David Sweet administration opted against filling the position after Donna Esterly’s retirement.

“We’ll have one single fabric over the whole department, so it’s unified,” Grilli said.

A reduction in redundancy, coordinated work efforts and maximum effort from employees are some of the dividends Grilli said the addition of Schindler would bring.

Schindler studied mathematics during his time as an undergrad at the University of Wisconsin-Platteville. He found writing computer programs to solve equations intriguing and soon realized he could make a career from it.

“[Information Technology] was in its infancy then,” Schindler said.

He continued his education at the University of Wisconsin-Madison, where he earned his Master of Business Administration, with an emphasis in quantitative analysis and information systems.

Since 1973, Schindler has held nine different jobs, his latest as the executive director of information technology at Saginaw Valley State University, a position he’s held since 1999. This familiarized him with the Blackboard system, which YSU has implemented.

Grilli said it wasn’t that strong of a selling point. Instead, Schindler was the “complete package.”

“Schindler brings a comprehensive skill set with him,” Grilli said.

Gary Sexton, director of WYSU, led the search committee that whittled down a field of 40 candidates to 11. Only five remained for Grilli after a round of Skype interviews. Schindler impressed the committee with his knowledge, ability and style.

“He had strong experience in strategic planning and budget planning, and significant high-level management experience,” Sexton said. “His experience was broad, both in higher education and government.”

“We are pleased to have Ken on staff as he brings with him deep technical knowledge and experience that will help guide our institution in years to come,” Grilli said in a campus memo.

Schindler’s contract has already been negotiated, with a starting salary of $141,000.

And as for the lack of a smartphone, Schindler said he prefers tablets.