The smart devices that have invaded homes all around the world are listening in on their users, sometimes without the user’s knowledge, and collecting data which can be used as evidence in a court of law.

This information can be helpful to law enforcement officials but it also raises some questions on whether or not it’s ethical due to privacy concerns.

Devices such as the Amazon Echo, smartwatches, smartphones and even pacemakers have the ability to listen in on users and collect location data. Services such as Google and Facebook also have the ability to collect data from their users. This information is being used by law enforcers as evidence in order to help prove that someone is innocent or guilty during a trial.

Gabe Wildman, chief of the Trumbull County Cyber Abuse unit, said that he will use any tool that is available to him — that includes thinking outside of the box to obtain evidence. He mentioned a recent case in southern Ohio that involved the Amazon Echo. 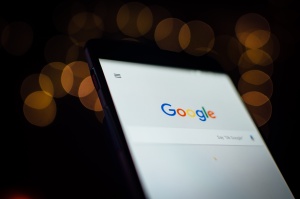 Wildman said that the Trumbull County Cyber Abuse unit was created in 2012 by Watkins in response to the new technology that is becoming available to the public.

“We have to be able to adapt and change, think outside the box and use new technology as it becomes available,” Wildman said.

Cell phones have been able to provide prosecutors and other law enforcement officials with solid evidence for as long as they have been around. An aspect of cell phones which has been used a lot as evidence are text messages.

In Ohio, like many other states, it is illegal to text and drive and has been since 2012. Police officers have often used text messages as evidence if it is believed that they played a part in the crime committed.

Dan DeLuca, Ohio State Highway Patrol trooper, said that text messages must be received from either a search warrant or the owner’s consent in order to be used as evidence. He also added that unless they get consent from a user to view messages, they have to go through the phone company in order to see them.

“The court needs to provide a search warrant for the phone. You just can’t go through someone’s phone,” he said. “The warrant needs to be signed by a judge and then sent to the phone company. They would then provide us with the records.”

DeLuca said that providing consent gives the ability to prove whether or not the phone was being used at the time the accident occurred.

“If you wanted to provide us with consent and show us your phone to prove if you were or were not on it, then we could see when your last text message or phone call was and compare that to the time of the accident,” he said.

While these new technologies can be considered useful in regards to providing evidence to be used in a court of law, there are still some people who question the ethics of tech products and services being able to gather this kind of information on users.

Mark Vopat, director of the Dr. James Dale Ethics Center, said that while he does enjoy the convenience of services such as Google, he asks himself if he really does want them to know where he is at all times.

“We’re willing to give Google a lot of information because we like the convenience,” he said. “I want that kind of convenience but at the same time, do I really want Google knowing where I was at 6:35 on a Tuesday night when I was going to get a pizza?”

Vopat said that with GPS data and search results, it’s pretty easy for Google to learn a lot about a person.

“They might say they’re anonymizing, but we know that with big data that it’s very easy to find out a lot about you even if your name is not even mentioned in that data,” Vopat said. “When you start to take your GPS data and your Google searches, I can start to paint a pretty clear picture of who exactly you are, down to where you live, if I had access to that data.”

Vopat also questions whether companies should be upfront with you about collecting that kind of information.

“Did they let you know that every time you search, everything you clicked on, is then put into a database and usually analyzed by a machine, but possibly a human being, to help refine search results?” he asked. “That then becomes a moral area where maybe Google isn’t as upfront as it ought to be.”

Vopat also touched on the fact that after you look for things to buy online, you’ll most likely begin to see ads relating to those products on your Facebook news feed. He said that when it comes to tech, nothing is truly private.

“We’ve lost a certain notion of private. Everything is so public and open that what constitutes as private is difficult to narrow down,” he said. “What is my private realm?”

Products such as the Amazon Echo and services such as Google can be considered convenient and helpful by many. While they provide a new way for law enforcers to obtain evidence, they also create privacy concerns for their users.