Taking a Stand Against Rape Culture

Ford claims that Kavanaugh and his Georgetown Preparatory School classmate Mark Judge locked her in a bedroom at a party in 1982. She said Kavanaugh held her down, put his hand over her mouth to silence her and tried to remove her clothes. Ford’s attorney Debra Katz said her client considers the alleged incident to be an “attempted rape.”

A second accuser and Yale University classmate of Kavanaugh’s, Deborah Ramirez, said he exposed himself to her and shoved his penis in her face at a dorm room party in their freshman year.

In the most recent claim, a third accuser, Julie Swetnick, claims Kavanaugh and Judge spiked drinks to inebriate girls to the point where they could be gang-raped by some of the men at the party, Swetnick included. While a fourth accuser is said to have come forward with more allegations, an official statement has not been released.

This certainly isn’t the first time when influential people of legal, spiritual and political power in the United States have been accused and convicted of sexual misconduct. In 2017, former Alabama Senate nominee Roy Moore faced allegations from seven women, most of whom were 14-18 years old while he was 32 years old.

#MeToo movement leader Asia Argento faced accusations from actor and musician Jimmy Bennett, accusing her of sexually assaulting him when he was 17 years old, she 37. Six Catholic dioceses in Pennsylvania alone were recently convicted of sexually abusing more than 1,000 children — 300 priests being responsible for the abuse.

And in most recent news, Bill Cosby has received a sentence of three to ten years in prison for drugging and sexually assaulting Andrea Constand. These are just a few of the many sexual misconduct accusations and convictions of people in power in America.

According to the Rape, Abuse & Incest National Network, an American is sexually assaulted every 98 seconds. Every eight minutes, that victim is a child. Out of 1,000 perpetrators, statistically only six will see prison time.

According to the Polaris Project, the National Human Trafficking Hotline has received reports of 22,191 sex trafficking cases inside the United States since 2007. The Urban Institute estimated in 2014 that “the underground sex economy ranged from $39.9 million in Denver, Colorado, to $290 million in Atlanta, Georgia.”

Imagine an America where the men and women in power believed in a world where sexual violence was unacceptable and fought for prevention instead of perpetuating and taking part in it. Imagine an America where the people had the power to vote for those men and women, and help reduce the amount of sexual violence in their country.

This vision, while seemingly far-fetched, is not impossible. In the last 20 years alone, sexual violence has fallen by more than half. DNA evidence, education and sensitivity toward rape victims by police and the media are believed to be some of the contributing factors to the decline.

Young or old, Democrat or Republican, man or woman — America needs to come together to end sexual violence. By taking away the platforms of dangerous influencers, America has the ability to take a stand against the issue and perpetrators that put its people in harm’s way.

Sexual violence has no place in our country, and the convictions and awareness of it only contribute to the winning battles in a waging war against this social injustice. 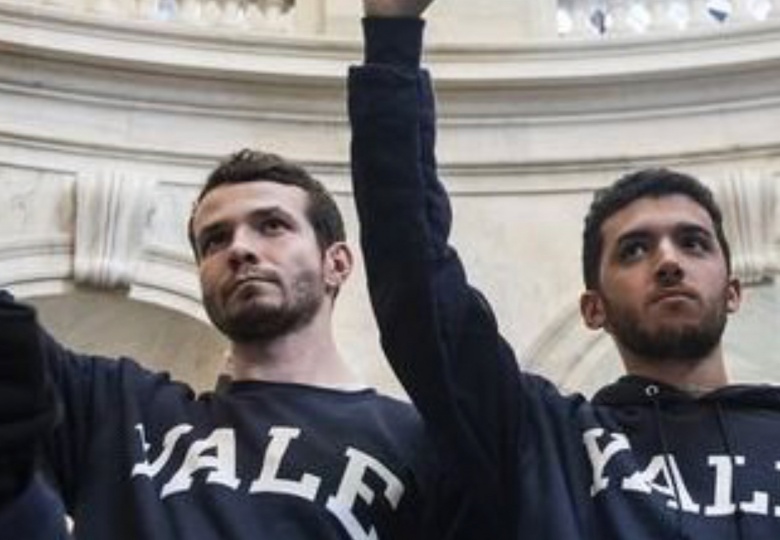 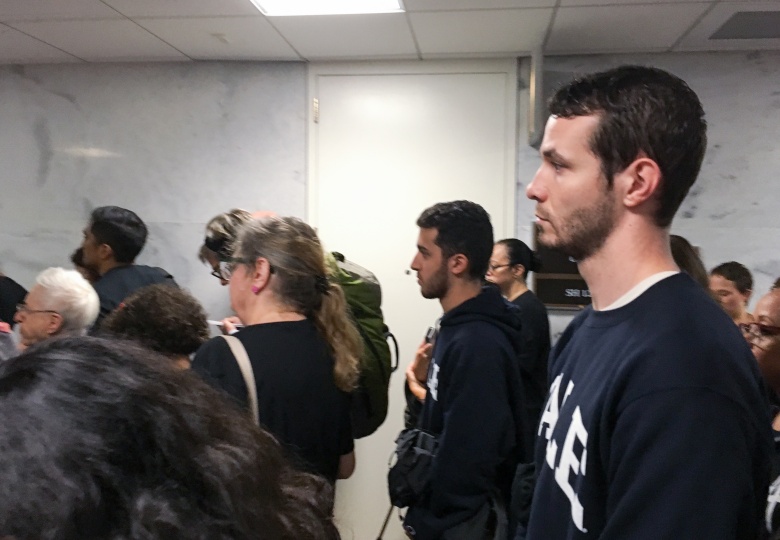 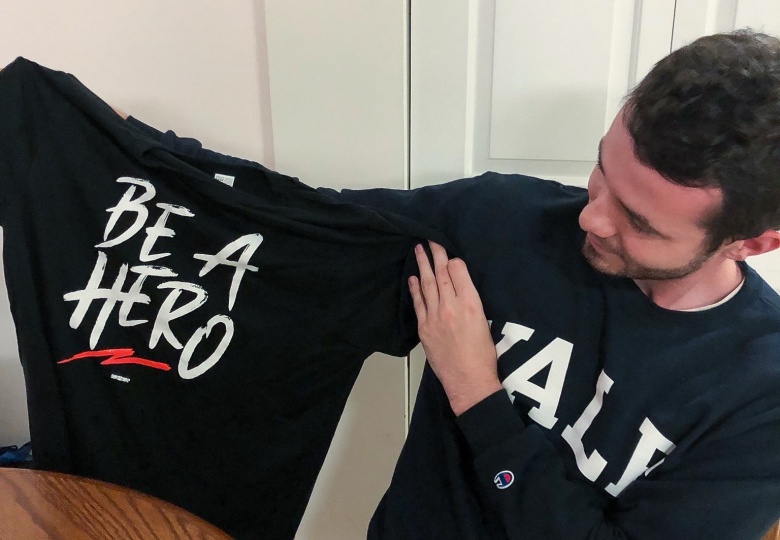 Jacob Schriner-Briggs, a first-year student at Yale Law School and Youngstown State University graduate, said he participated in the protest for multiple reasons.

“[Kavanaugh’s] prior decisions demonstrate a willingness to limit a woman’s right to choose, undermine the rights of labor and impose overly harsh and unjust sanctions on criminal defendants,” Schriner-Briggs said.

He also said the treatment of Christine Blasey Ford by the Senate Judiciary Committee “has been shameful.”

“Instead of allowing for fair process and neutral fact finding, Republican senators prioritized their political agenda and attempted to speed things up,” Schriner-Briggs said.

He said the group he was protesting with made stops at the offices of Senators Susan Collins, Jeff Flake and Senator Ben Sasse. He also protested in the United States Capitol rotunda.

“I was part of a group that entered Senator Sasse’s office. Ben Sasse is a Yale alumnus, and that connection was relevant in the eyes of the protests’ organizers from the Center for Popular Democracy,” he said.

While in the rotunda, Schriner-Briggs “engaged in an act of peaceful, nonviolent civil disobedience alongside one of my classmates at Yale Law and a wide array of notable activists including Ady Barkan, who is a personal hero of mine.”

He said they “kneeled in the middle of the rotunda of the Hart Senate Office Building and chanted until we were removed by Capitol police. We were processed and free to go within a few hours.”

Schriner-Briggs said his ability to engage in “civil disobedience demonstrates the privilege” he has.

“Women, people of color, the economically vulnerable and so on risk so much more than I did when they face arrest,” he said. “Amid the circumstances surrounding Brett Kavanaugh’s nomination and acknowledging how much is on the line for so many, my choice to participate in organized resistance was a relatively easy one to make.”

“More than anything, these demonstrations were meant to show solidarity with women and to center their stories,” he added.

Schriner-Briggs protested for those who may not have the ability to, and we are proud to say he is a YSU graduate.

Letter to the Editor